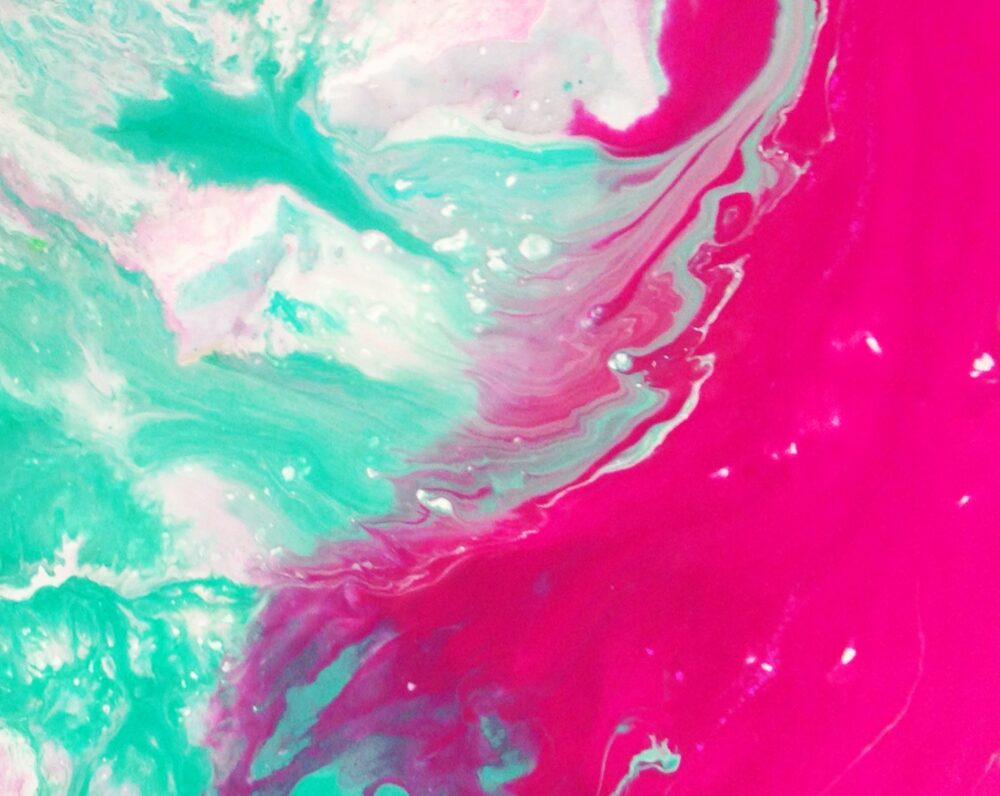 My father can’t look at me anymore. He can’t see past the bright teal bra straps tight on my slouched shoulders. He averts his gaze when I exit the bathroom and he catches a glance of the pale pink single-blade razor strewn on the side of the bathtub. He tries to keep his eyes on the kitchen while I lie on the couch, elbows bent outwards, the balls of my hands bracing on my abdomen. My mother runs through the shopping list to him, who writes it down for her while she washes the dishes.

He turns to me from across the kitchen. “Is that for stomach pain?” he asks, although he has already been specifically told that wasn’t the reason why I was writhing on the couch. “No, it’s for cramps.” He furrows his brow and scrunches his nose. “Cramps,” he says. He grabs the shopping list and mutters under his breath, “I don’t want to think about my daughter having cramps.”

My mother whips her head around and says, “Eric!”

My mother tilts her head downwards and continues to wash the dishes. Brown and red pasta sauce suds drip onto her bare fingers from last night’s dinner. I bury my head into the couch cushion. When she is done washing the dishes, she wipes off her hands and places a chocolate bar on the table in front of me. I softly thank her.

Calvin, my older brother, walks into the room. His hair is wet and leaves droplets on the hardwood floors. He wears nothing but sweatpants and a t-shirt around his neck. My father presses the car keys onto his bare, flat chest. “You feel like driving me to the store, big man?” he asks. Calvin lifts his arm to grab a cup out of the cabinet, which exposes a mangle of thick, black hair underneath his arms. “I have practice today, and I was thinking about hanging out with Monica after,” he says.

“You’re still going out with her?” my mother asks.

“I already invited her to Prom, so at least until May. Why?”

“Good man. Home by eleven. Don’t get that good girl in too much trouble, and tell her daddy we said hello,” my father says with a wink, and claps him on the back. His hand leaves a red blotch on my brother’s pale skin. Calvin puts his shirt on, whips open the screen door, and leaves. There is an indent on the wall from years of the latch on the door being carelessly slammed onto the cabinet, particularly by my brother. He bumps into counters and door frames relatively often, as if he has not yet grasped his relationship to his surroundings in his new, more adult body.

“That girl,” my mother says.

“She’s a good enough kid. She’s pretty, and nice, if not bright,” my father replies, while he leans and kisses my mother on her forehead.

She shakes her head. “I just don’t like Calvin with her.”

I turn into my side, and reposition the heating pack pressed to my stomach. I like Monica, and I am certain that my brother is no smarter than she. I’m sure my mother dislikes the box of condoms she found in Calvin’s glove box more than anything else. She was rummaging through his hot car, looking for his insurance information, when she found them. When she brought it back to my father, and I watched them talk through the crack in their bedroom door, he told her to put it back where she found it.

I’m tired of lying on the couch. My back is cramped, my muscles ache, and I’ve grown impatient of stifling my groans of pain. I walk up the carpeted stairs and clutch my side. The kitchen door slams again, my father leaving for the store.

I lie on my stomach and my body weight sinks into the soft surface of my mattress. The hot air in my bedroom dizzies me, and the chocolate melts between my fingers before I can bring it to my mouth. I feel too nauseous to eat it anyway, so I drop the wrapped bar onto the floor and leave my arm extended over the side of the bed.

My reflection stares at me in the glass of my window. I look at myself long enough to turn my image into something grotesquely unfamiliar. When I was a child, I assumed I would hit a certain age and go up in a plume of smoke. I expected to look in the mirror one day and see a face I did not recognize, a body that finally felt as if it belonged to me. Instead, I anxiously approached my mother in the April of seventh grade, and told her I had awakened in sheets stained in blood. I was not afraid, nor embarrassed, although I felt as if I should have been.

She turned to me with what almost resembled an expression of disappointment and said, “I suppose you’re a woman now.” She hasn’t looked at me the same since, either. The clarity I expected from this milestone still has not arrived. Instead, I am enveloped in the same plume I expected to emerge from as a new person, more terrifyingly foreign than ever.

Savannah Bell is a young writer and creative writing student at the South Carolina Governor’s School for the Arts and Humanities. Her fiction has been recognized by the Scholastics Art and Writing Awards and her poetry by the Poetry Society of South Carolina. When she’s not writing, she can be found wading in a river, lying on the grass somewhere, or, to put it simply, Hanging Out.