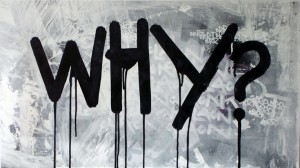 I’ve known I was a feminist since before I could write the word in Spanish or say it in English.

When I was in the second grade of primary school, I was sent to see el director.  On the top left-hand side of my graph-ruled notebook paper, I had written in my mother’s surname ahead of my father’s after my own. When the teacher stopped at my desk to mark my progress on the morning’s assignment, she said I was doing well but to remember to switch my last names before handing it in. Her smile softened, a bit, the lines of a genuine frown. Before I could say, I know how to write my name, it was an accident, Miss., I asked what I think of now as my first important why. Why did I have to change it? Class, listen up, she said, you all know that your father’s last name comes before your mother’s when you write your full names, right? The room nodded soberly and I think I saw Marcelita lift her bony butt off her desk to slide it a few cautious inches away from mine. Thoroughly mortified, I changed the offensive order of my names.

At home, completing that evening’s homework took longer than usual. Staring at the fat graphite indentations that spelled out my name led me to an early and irrevocable understanding that just because something had been so forever, it didn’t mean that it should or needed to be. I erased and rewrote my name on the page until I punctured that sheet and the one or two beneath it. Finally, in a feathery script, I wrote my name, then my mother’s surname, then my father’s, silently praying a child’s prayer he’d understand I wasn’t betraying him so much as choosing her too. The next morning my teacher stood outside the classroom welcoming us, and I rushed through my greeting to jump to But why, Miss? Why does Father’s name come before my mother’s? Por qué? Really, Miss, why? I placed my sweaty and crumpled homework on her extended hand.  And that’s when I was ordered to the principal’s office while holding a piece of paper with an X next to I won’t listen and my name at the top written the way it was to be until I came to the United States—at which point the new “they” did away with my mother’s name altogether. (It would be years before I’d learn to ask that question.)

Asking small and big questions of others and of myself has had its consequences, but I want to believe that as a feminist I’ll continue to find the courage to ask them.

Some of us have lived feminism before we knew it was a word, a worldview that means equal access for all. Some of us are born-again feminists converted at moments of gross injustice. Some of us, never recognizing our own disadvantages, come to feminism only after witnessing the feminisms of others. Some of us dislike the very word whether in adjectival or noun form, and all the bra-burning—that never happened!—it conjures, yet engage and embrace acts of feminism every day.  Some of us defend our own feminisms but doubt, belittle, or dismiss those of others.

We are full of indignant, superior feminisms.

Feminism is relative and subjective to one’s life, one’s wins and losses, and as such my feminism, more than likely, is different than your own. But in an era of unprecedented celebration of the exploitation of poverty and lack of education, (see Here Comes Honey Boo Boo, labor of undocumented  immigrants), systematic and popular, thriving racism (see the gutting of the 1965 Voting Rights Act , Twitter threads on Sebastian de la Cruz, Trayvon Martin, Marc Anthony) the grotesque numbers of child and adult victims of bullying and physical and sexual violence,  insidious gender discrimination in every facet of lawful, public life, and, of course, the war on a woman’s right to full sovereignty over her own body (see Wendy Davis vs. Texas),  feminism matters, feminism remains a necessary, most vital consciousness.

If everyone is to attain the quality of life thus far experienced just by a very small number in our multicultural, multilingual, multigendered society, feminists must continue to ask why of themselves and of each other.

I often wish for the fearless conviction of that second-grader feminist.

Paula Beltrán is a fiction candidate in the MFA program at George Mason University. Paula’s columns and news blogs have appeared in various English and Spanish-language publications including The Huffington Post, AOL Latino, and the Houston Press. An interpreter and translator originally from Houston, TX, she can be seen hunting for queso fresco in Fairfax, VA, where she now lives.