Using the Common Thread of Connection to Craft Character and Story 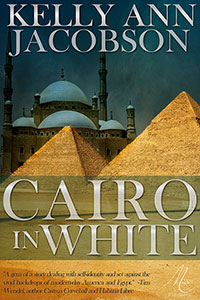 I discovered feminism in a very strange place: a Critical Methods literature class during sophomore year of college at George Washington University. Critical Methods was a requirements for an English major—the major I switched into after realizing that Environmental Studies majors actually had to take science classes—and the instructor was Todd Ramlow, a professor who taught both English and Women’s Studies courses. Though he was a wonderful professor, I could have cared less about linguistic theory, and so I was surprised to find myself unexpectedly rapt when we read an essay about the pressures placed on women. He also taught us to look at how strong and supported our arguments were, not whether we agreed with a position or not. I took another class with Professor Ramlow the next semester, this time a Women’s Studies course, and then the next semester I took another one…and suddenly I was a Women’s Studies major.

In truth, my Creative Writing classes were what had convinced me to switch into English in the first place. I still pursued my passion for Fiction as a minor, and as I learned more and more about feminism, it began to creep into my creative work. I was dating an Egyptian man at the time who, when asked about the gay men and women in his country, told me there were no gay men and women in Egypt. So, a character emerged in a short story (later to be the first chapter of a novel), a woman of color, a Muslim lesbian struggling with feminism in her own country and then in ours. As my boyfriend explained Egypt’s lack of gay acceptance, Zahra was born. Even a little bit of linguistic theory made its way into Zahra’s life.

Of course, as soon as I became a Women’s Studies major, I started questioning my writing. I took a class on Standpoint Theory, and as I read the arguments for and against writing from “the other’s” point of view, I began to reconsider my novel. Was it wrong to write Zahra’s story? Should her story only be written by an Egyptian? A lesbian? A Muslim? What if I got something wrong? What if I quoted a bad translation of the Qur’an, or misinterpreted it by accident?

Eventually, I put my doubts aside. This was a story that had to be told, and as Zahra and then her daughter appeared again and again in my writing, it seemed that I was the one to tell it. I couldn’t give up on my project, so I did everything I could to get close to my characters. I learned Arabic. I asked my boyfriend (and then fiancé) everything I could about Egypt. I visited Cairo. I spent hours poring over Internet descriptions and photographs of the sites in Cairo that passed in a blur during a whirlwind trip, recreating the city for my reader and for myself.

The key to writing this novel, in my experience, was finding my own connections to the characters’ experiences. I, too, questioned my own sexuality. I came from a religious, conservative family, and my borderline Green Party ideals, protests, Egyptian fiancé, and Women’s Studies pursuits didn’t always fit. And, at the same time, I struggled to reconcile some claims of third wave feminism with my Pennsylvania upbringing. Aisha was easier, since I was an American seeing Egypt for the first time and, like Aisha, trying to impress my religious future in-laws.

No, I’m not a Muslim, Egyptian lesbian, but maybe I don’t have to be. Perhaps writers, in order to do justice to the characters and the cultures they write about, just need to find the common thread that connects their experience to their characters’. To empathize, and to work hard to understand. I followed that thread for six years and through countless drafts, and, though it wasn’t easy and though I’m not sure I got everything right, I finally completed a work that I am proud to call my own, my first novel: Cairo in White.

Excerpt from Cairo in White:

Zahra woke in a sweat, her silk nightgown plastered to the curves of her body under the light sheet. The shadows on the walls indicated the time was past noon, and by the feel of the air around her, the temperature was more than thirty degrees Celsius. She turned on her back as the repetitive whoosh of the fan struggled to mask the heat. The oasis between her thighs was wet like the rain stored in a succulent’s leaves. A dream, perhaps, of another sleek body, half-covered and close.

She kicked the sheet off, a scorned lover still damp with her perspiration. Usually she woke to the sound of her mother heating milk in the kitchen or clattering pans as she baked, but only silence met Zahra’s ears. Once her feet slid into the worn cotton slippers at the foot of her bed, she stood and faced the heat like a warrior. Miriam was not in her bedroom, where she sewed loose prayer dresses in flowery patterns. She was not in the kitchen, where she spent her time with the bags of cumin, coriander, and cardamom, combining these lovers into Dukkah mixtures and Mulukhiya. And she was not in the living room, where Baba’s clocks ticked the seconds of a new day.

Zahra looked out the balcony window at the pyramids—sentries that hovered in the distance, reminders of the toil of her people. At the glass, she pressed her palm against the warm window. Zahra judged by the missing grocery bags that her mother would not return for at least four hours… enough time to take a risk, to prove that Zahra owned those wonders as much as any other Egyptian.

Kelly Ann Jacobson is the author of the novel Cairo in White. She recently received her MA in Fiction at Johns Hopkins University, and she is the Poetry Editor for Outside In Literary & Travel Magazine. Her young adult novel, Dreamweaver Road, is forthcoming from Books to Go Now, and Three on the Bank, her novella, was a finalist in Iron Horse Review‘s Single Author Contest and is forthcoming from Storylandia! this summer. Her work, including her published poems, fiction, and nonfiction, can be found at www.kellyannjacobson.com.

Find a copy of Cairo in White at Musa Publishing or any major online bookseller.