The Origins of The Frog Prince 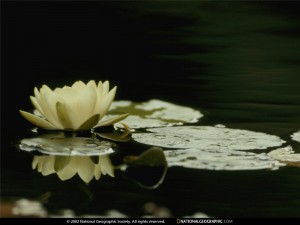 Poet Kelly McGannon on the origins of her poem The Frog Prince:

In my family, we tell stories to tell stories. It’s the way of things. We joke that it’s a cultural norm in our slice of Appalachia. How else is your listener going to know you have something to say? You must cue them in with the opener before you usher in the main act.

“So, I says to the boy, “Youns think youns are gonna fly with that flying thing? Bah! Only birds and brothers fly. And that’s how your Uncle Babe got away from the Klan when they was a-chasin’ him with their white sheets. He flew down that road so fast that they couldn’t see him no more. They didn’t like Hunkies and Catholics like us.”

At five, I learned to hug the midline between my Irish and Slavic halves. It’s not easy to weave together tales punctuated by old language hooks when your small teeth are still cutting your native tongue. Don’t know what the words mean? Follow an immigrant’s path: Make up as you go. Give voice to what breathes around you. Remember that your audience is always listening.

“Tell me something I don’t know.”

“Where did Sam get that green eggs and ham?”

“What was Tito planning to do with those jars full of eye balls?”

It takes time to wag a tongue in the expected cultural rhythm. You have to know when to pause for effect. When to grow a voice big. When to take a bite of cold meringue whipped pie and sip your pop for effect. And, most importantly, when to take the hand of a grandmother who makes room for you at the table and says,

“Youns! Kelly has something to say and youns are a-gonna listen.

She picks up her fork to snatch the last sliver of almond in the tin pie plate.

“Well, um, there was this tree and a blue dog…”

“And the moon came down to take the dog for a walk and the tree came along ‘cuz it was bored.”

My people love a good story. I bet yours do too. If your people are like my people, then you have to sell it. Make it come alive for them. Pull the right bait out from your tackle box of words. Toss out a few lines. See what bites.

“Quiet, youns! She’s a-telling us something.

Why was this tree bored?”

[Adults lean in. Eyes blink with interest. The generational veil drops and all are children again.]

“The moon and tree are teaching the blue dog how to sing better. The tree knows someone who knows someone, so they’re all gonna go find him. The tree says to follow the noisy winds. They know they way. And, they sing them all to the man who lives behind the bridge that’s lit with fireflies. He knows how to howl and he teaches the dog a new song with a whistle in it, which made the moon so happy that she shone brighter than the sun. And they all lived happily ever after, especially the dog and moon who learned new tricks.”

When spinning magic with magic words, you can’t croak. You can’t let the frog in your throat stop you. You gotta sing, even if your voice competes against others’ songs. Even if it gets drowned out by the competition. Even if it’s rejected. Even if….

[Adults nod seriously. Child feels satisfied. Glows on the inside.]

“Now, what was it youns was a-gonna tell us?”

Wet from the bath,

Wetter still from the thick humidity

Captured by my spider-grass body.

It feels so real that I wonder

If this human body is just a dream.

Maybe I really sit on a lily pad

And croon with the crickets.

I’m singing my heart out

tangling up in discordant chords

I observe a tower from my squat

And wonder when its lady

Will get curious enough

To come down for a kiss.

When she does, I plan

To smack her with my lips

And pull her in

In her gasped surprise,

I will allow the best parts of her

To slither down my throat

And into the blue fire of my belly,

Even though she’ll probably

Recoil and wipe the luscious slime

Off her pretty, pouty mouth.

Kelly McGannon is a professional writer and shamanic healer living in the Washington D.C. metro area. A graduate of Yale and Princeton Universities, her creative writing has appeared in DreamTime magazine and is forthcoming in Outside In.

1 thought on “The Origins of The Frog Prince”