The Identity that Immigration Built 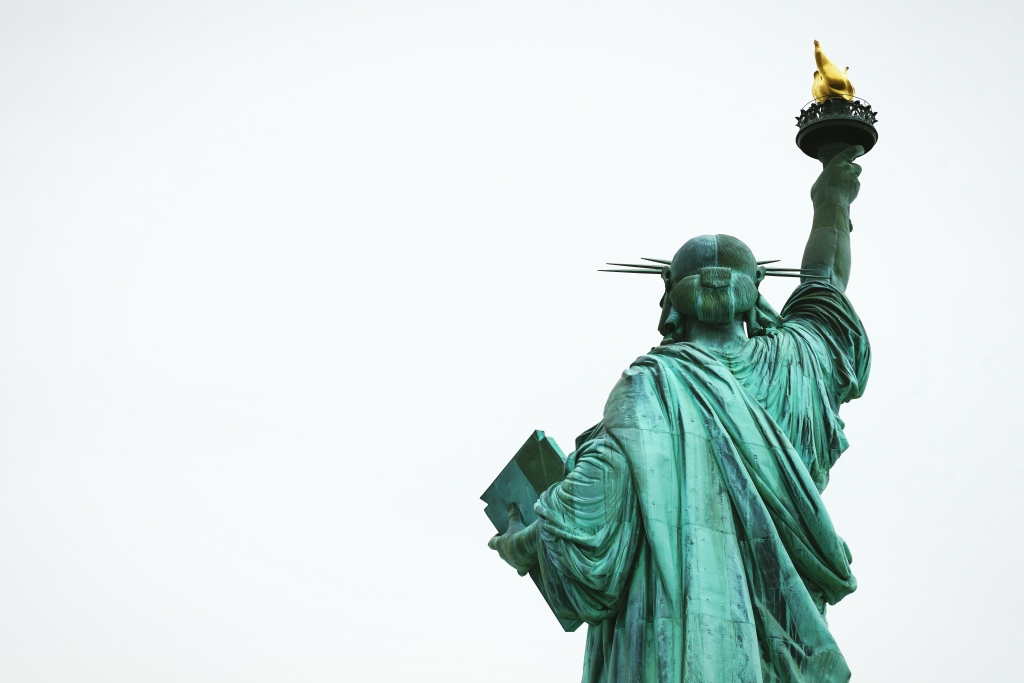 We are pleased to announce that the So to Speak Blog’s Immigration Limited Series is now open for submissions. Please read our submission guidelines and submit your pieces on Submittable.

To introduce the series, here is a letter about coming to a new country and finding a place to call home, written by So to Speak‘s very own Nonfiction Editor, Jhanvi Ramaiya.

My first view of America as a freshly minted college student was of the blue-ridge mountains in the distance. But I didn’t see the mountains at first. From my window on the third floor of the Gettysburg Hotel in Gettysburg, Pennsylvania as the sun rose, I thought I was catching a glimpse of home. I saw blue, and I thought I was seeing the ocean.

My mother and I walked out into the town and found a farmer’s market in the town square. Surrounded by an ocean of white faces, I was jarred for the first time; I was used to being an ethnic minority in Tanzania, but here I was peering into the faces of strangers whose lives and identities were foreign to me in ways that I could not understand.

My mother and I sampled honey, and my mother lamented over the fresh vegetables she could not buy. I sighed over some chai-scented chap-stick at one stall and told my mother, “I’m getting this; it smells like home.”

The man standing behind the stall asked where we were from. I smiled broadly to answer “Tanzania.”

He looked surprised, and then pleased when he responded “My wife is from Uganda! Let me go get her.” And he ran off as I pulled bills out of my purse.

When they both returned, I was thrilled to see that she was South Asian, too. She said she her family was Gujrati – from the state of Gujrat, where mine was from. Meeting her felt like a welcome sign.

She had left the country in 1972 when the president, Idi Amin, had expelled all South Asians who had made Uganda their home, giving them 90 days to evacuate the country. She told me she married a Mormon, the man who stood beaming beside her. He loved her mother’s handmade samosas. She told me to come visit their home in Lancaster if I wanted to, but I did not have a car. She shrugged, telling me to come by the farmer’s market, but meaning that we Guajarati’s have to stick together. I never saw her again, but I used that chap-stick until the tube emptied.

In the years since, I have become obsessed with immigrant narratives as I try to find ones that echo my own. The way that I access them is through TV shows: Jane the Virgin and One Day at a Time became my reflections of self in pop culture. I passed over my grandmother’s soap operas in Hindi, and opted for these.

Even though my family was ethnically Indian, they had immigrated to Tanzania a century ago. Given that time, I called myself Tanzanian, and distanced myself from India in the process by virtue of time and space, aside from the brief forays to temple services that connected me to Hinduism. When I arrived in America, I needed something to remind that I was from elsewhere.

My experience as a first-generation immigrant has been seamless in comparison to most. I walk America without being questioned ofttimes for accent (although sometimes I am praised for speaking it so well in painful encounters that remind me of ignorance), or for the mere fact of the privileges that my ethnicity afford me.

My life had existed in parallel between Tanzania, the home created by my immigrant foremothers, and America, where my family shifted back and forth to. First my grandmother’s sisters moved to America and built their homes in Illinois. Then, my father’s brother moved to Virginia for a PhD (when he opened the letter that he was funded, he made my mother read the letter back to him. Saacho ai? Is this real? he asked her in Kutchi). My father’s other brother applied for the green card lottery and flew across the globe to start a new life in the early 90’s. They were immigrants of a different generation.

But acclimating to America meant shedding the veil through which I had always seen it. At a young age, my parents had imparted the American dream unto me. They gave me their goals and their aspirations, another almost-universal facet of the voluntary immigrants that move to this land. America had been the brave, America had been the beautiful. I had ideas of what the topography of this land would be too (images of small-town America prevailed in my mind).

My parents had prepared me to speak the language that I would need to succeed in America. The best thing they ever gave my sister and I was my mother’s jilted dream: when she moved to socialist Tanzania, she could not work in Advertising (she was a cartoonist in Kenya) and so she began to teach. She taught at an international school, which meant my sister and I went to that international school, which meant that we both learned to navigate the lilts and dips that came to English in different accents. We learned the same words in American English, British English, Australian English, Indian English, Tanzanian English. The words read the same, but their shifting sounds meant sliding seamlessly into a new context.

And that was what we did. My sister came first, and I followed her six years later. When we began spending time together, we learned who we were as adults. We learned who the other was as her own entity rather than an extension of a childhood home.

As adults, we are close. We talk about what it means to have travelled across the world together (not at the same time, but together). Our cousins could not relate, having grown up here, but she and I knew what we had (America) and what we didn’t (the right to call it home). By the time we finally received our green cards, my sister happened to be looking at residency programs. She moved to Rockford, Illinois, and we both had a place to call home.

In that home, we continued to talk about what it meant to fit in here. We sat on her IKEA sofa under blankets from home and watched as Alba received her green card on Jane the Virgin. When she went in for her citizenship interview, we dreamt about the day that we would walk into ours.

Those immigrant narratives presented a life to us that we could relate to on the screen – it is a life that is being lived everyday off screen by thousands. When we dream, I know that others do too. When we dream, I know that sometimes that the dreams we share with others are more attainable to us than to others. While it took us fifteen mildly annoyed years from application to green-card to get to this side of the process, I know that others cannot afford the same time.

My sister and I, it feels, are the only people who understand each other’s experiences. We search for answers on TV, and within our families, but no story is as familiar as our own. I tumbled into her timeline by being the younger sibling, and kept following, first through birth, then school, and then finally to America, each of my moves six years and one month after hers.

Together, we navigate this continent apart. Her, in Illinois. I, in Virginia. In the back of my head, I think of how she makes her choices, what she would do if she were in my shoes. I don’t always heed her imagined advice, or pause to listen, but I know what it would say.

When I don’t know how she might react, I call her, and she picks up amid the din of the hospital and tells me to call her back. We talk at odd hours, when the new home of ours is quiet and we can be heard.

There is no one-sided narrative to being an immigrant. Sometimes it hurts, like when I am reminded that I don’t quite belong (where are you really from?) and that the answer I will give won’t fit the asker’s perception of how I look. Sometimes, it feels so good, like when I get to meet someone from Virginia when I am in Illinois and they tell me “I’m so excited to meet someone from home.” There are moments that are both, when I meet a fellow East African and we reminisce about the home that we have left behind, and celebrate being here in the homes we have found. 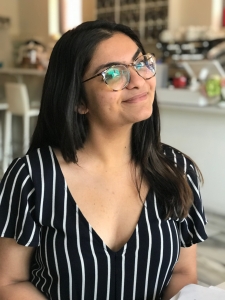 Jhanvi Ramaiya is a nonfiction MFA candidate at George Mason University. She serves as a social media coordinator for the program and for Hellscape Press, is the nonfiction editor for So to Speak Journal, and teaches composition in her free time. Graduate of Gettysburg College (Sociology BA), winner of two undergraduate writing awards, and purveyor of many puns, Jhanvi does not let fame get to her head. You can find her work in The Mercury, or performed live once a year at Gettysburg College. Follow her at @jhanviactually on Twitter.