Stories of the Earth 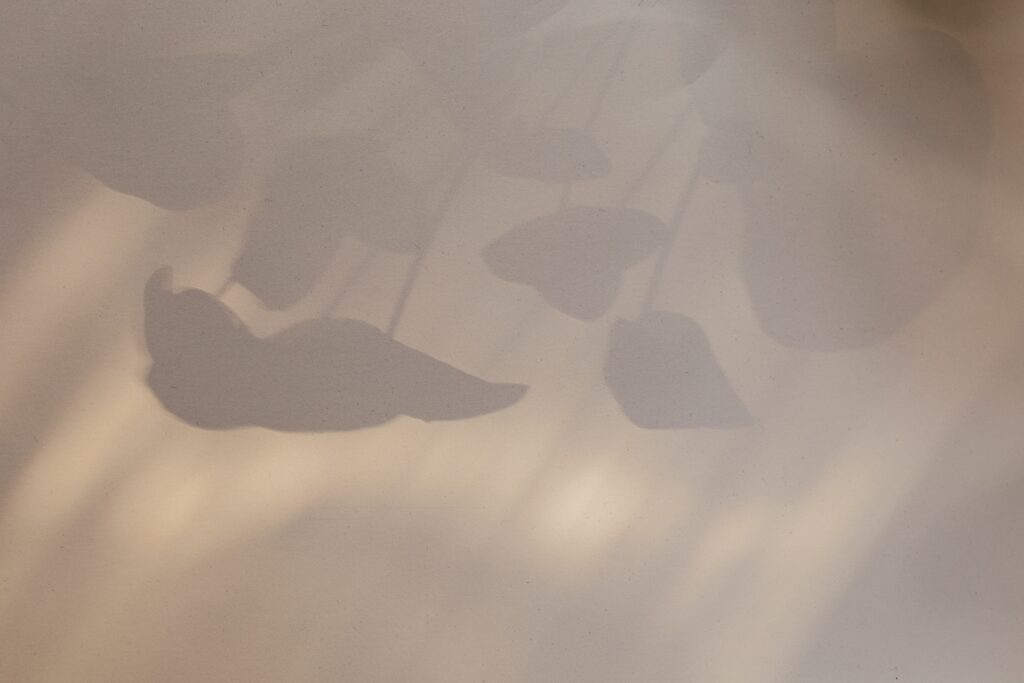 She’d first seen shadow puppets when she was five. They were told to sit “Indian style” on the carpet in front of a small setup made for an audience of small American children. She didn’t quite know what sitting Indian style meant, and since she was the only Indian in the class, she figured everyone would sit like her—on their haunches, knees bent forward.

She paid the class no mind when they all sat cross-legged. It was OK, she was at peace with the fact that they didn’t take her seriously. They never believed that she could see the things she could see. She could see music reveling in a bounty of color. “What an imagination you have,” her teacher said, before looking the other way and smiling at another little girl, one with golden hair.

In the theatre, the lights were dimmed, and within an instant she beheld the most beautiful things she had ever seen. And she had seen some beautiful things. In Delhi, in Nizam Uddin, when she lived with her grandparents, she saw Hanuman reaching for the sun in the sky. On a trip to Paris, at the Louvre itself, she saw a Matisse come alive. The figures trying to play with the people who had come to see them in a painting. Some of the patrons, she was certain, had asked for their money back that day. They had come to consume art, not to interact with it. Especially not in such a provocative way.

But here in New York, a group of traveling Indonesian puppeteers managed to bring her the hue of dawn—in only two dimensions. She loved how the flat puppets could extend their hands to each other with the motion of a stick. She loved how the yellow vibration of a gong could carry the passage of time, as the colors of puppets roared like lions in the wind. There was a story to tell, and it glowed like the sunset from Jakhu Hill. There was Hanuman, building a bridge across the sea and leading his army to help Rama reach Sita. Music played, but it had become hard to hear by now. Five years old, and the sounds of life started to become as distant as the faraway cities she used to visit with her grandparents. Her hearing had started to stretch from a ringing to a crackle, and then, finally, by age six, to gone.

Soon she found herself transferred to a special school, where children learned they had lost a promise that was made to their parents when they first carried them home. She could have been lonely again, but she was a cheerful child, somehow, somehow, even though her mother wept and dreamed her daughter would hear her words again. Her mother pleaded with the spirits of the heavens to bring music to her child again. Her mother had given up meat, thinking she had made a grave mistake by consuming animal souls without thinking twice. And, oh, how she regretted feeding them to her daughter. It would be vegetables and dal from now on, the cost of unmaligned beasts replaced by the services of a nice lady who traveled from Long Island to teach them both how to roar now with their hands.

It was when she was thirteen that this girl first confronted the cruelty of the world. A blaring white van hit her as she crossed Broadway and 116th Street. Of course, she couldn’t hear the driver coming, and when it made contact, her body crushed a dent as deep as a blue city mailbox in the van’s hood. She lived, though she couldn’t tell the tale of how. At first, her whole body had been cast in the kind of plaster that chips away a little bit at a time, disintegrating like languid morsels of hope. But here is where the play of shadows returns and pierces darkness into light. One night, the moon shone through the hospital windows just so, and the suns of all the planets in the Universe lit up the walls. Shadows puppeteered themselves on the floor. They told the stories of the Ramayana, and then Hanuman himself drifted down from the heavens. And for a moment, of course, she could hear the sound of a god again.

Remember your grandfather, the ladybugs near the bitter melon, the bullock cart, the chickoo fruit dripping sweet juice on your chin. Remember the blood on the pink rose’s thorn in the garden, the eggplants curving like a purple song. Remember the drumming of the rain, the grey fur on a squirrel, the new tar blocking the street grate just enough to flood from the monsoons. Remember, we climbed a thousand trees to escape the gushing water. And from green leaves to blue sky, we rode the waves of kingfisher songs as all the colors shined stories of the earth. Remember, there is no doom. There is no doom.

Author’s Note: I have always been fascinated with the phenomenon of synesthesia. So many of us are taught to draw distinct boundaries between our senses. In this story, I tried to imagine what it would be like to experience one sense through another and then what would happen if this special skill were threatened or lost. Could we find another way to be unbound by convention or borders?
K Dulai’s work has appeared in Glass: A Journal of Poetry (Poets Resist), Pretty Owl Poetry, Eastern Iowa Review, Drunk Monkeys, trampset, Holyflea and other publications. She lives and works in California’s Bay Area and can be found on Twitter @kjdulai.