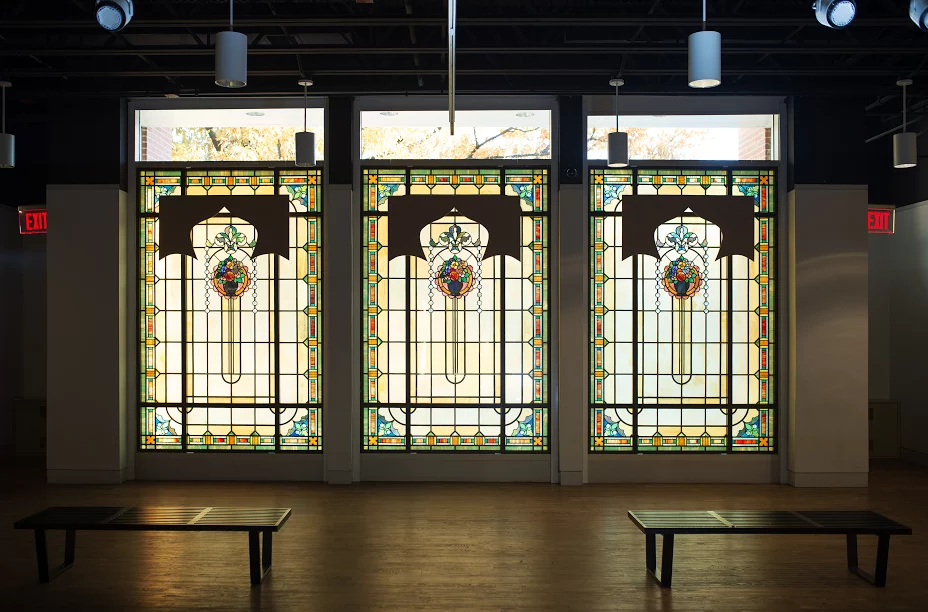 Belonging, Mojdeh Rezaeipour’s solo show at Arlington Arts Center, is on exhibit through December 16th. She will be participating in a Gallery Talk about the work on its closing day this Saturday from 1-3pm.  All seven solo artists at AAC for the Fall (one in each gallery) are women.

In Belonging, Rezaeipour plays with space, dimensionality and architectural elements to invite us inside the walls of her learning, as she tugs deeper at the chilling parallels between her past and our collective present. Steeped in memories from her childhood in Iran and the disembodied nature of the immigrant experience, her ephemeral mixed media works explore the notions of hyphenated identity and wholeness. She works in pyrography, a method of burning the surface of wood to create a mark. Images of the body and photographs from the past are often combined with natural elements like roots, petals, branches, and pigmented beeswax. Her process is one of silence and slowness. Much of her work is an act of prayer through a constant deconstruction and reconstruction of memory and understanding.  This ephemeral visual language is simultaneously rooted in nature and personal narratives, while unfolding in fragments through a dialogue with spirit.

Below, a conversation between Rezaeipour and Holly Mason:

Holly Mason: What was the process like to be considered for a solo show at AAC?

Mojdeh Rezaeipour: AAC has a juried open call in March each year for emerging artists in the Mid-Atlantic region.  This year, the jurors were Kate Haw, Director of the Smithsonian Institution’s Archives of American Art, and Mika Yoshitake, Assistant Curator at the Hirshhorn Museum and Sculpture Garden.  I was thrilled to be selected.

Holly Mason: How do you feel the Arlington Arts Center space is working with this body of artwork?

Mojdeh Rezaeipour: The Tiffany room immediately felt like a sanctuary to me, which was exactly the feeling I had imagined in my initial proposal.  I love having the light interact with the work throughout the day.  Maybe I’m biased, but it feels a little bit like magic!

Holly Mason: Can you tell us about the site-specific installation piece that incorporates the Tiffany stained glass?

Mojdeh Rezaeipour: The arches mimic the architectural outlines I use in my prayer card series.   I originally made them to be installed on the walls above some of the work, helping transform the gallery into a larger scale continuation of my art.  On the day of install, my friend Jeff pointed out that they also exactly mimic a pattern in the Tiffany glass.  Louis Tiffany drew from Middle Eastern art and architecture as inspiration for his designs.  In a way, I see this perfect accident as a reclaiming of forms that were western appropriations of artwork by my ancestors.  (Thank you Jeff, for noticing!)

Holly Mason: You have utilized/incorporated branches into your work in this show, and I know that you utilize natural elements often. So, can you tell me about this practice of incorporating natural elements in general, as well as specifically speaking to the use of branches in this body of work?

Mojdeh Rezaeipour: For the past two years, I have been living in a little wooden dome deep in the forests of Charles County, MD.  I go on long harvest walks, gathering roots of fallen trees, collecting moss, picking fern plants, etc.  I’m drawn to the vulnerability of natural elements.  Incorporating them into my work invites a sense of mortality, which speaks to the experience of being human.

The vision for the branch pieces came to me one night in the midst of a thunderstorm.  When I woke up the next morning, I was in awe of several perfectly shaped branches that had fallen in front of the dome… It almost seemed like an offering.

Holly Mason: I am really interested in hearing about the way you approach your work as an act of prayer, if you want to speak more to that, and the idea of dialogue with spirit (I love that).

Mojdeh Rezaeipour: Art is my spiritual practice.  I often work in solitude and silence, and I’ve really been trying to honor the process of just showing up and being slow with myself.  I start with however little I know, and the rest of it works itself through me.  Clue by clue, a piece unravels.  Through this unraveling, and piece by piece, I heal myself.  I am devoted to and a student of this process.

In a way, I have been ‘in dialogue with spirit’ for a long time.  When I was a child, I lived in my own world.  I used to write “letters to god” and drop them behind the armoire in my room, as if it were some sort of divine mailbox.  Then I started elementary school, where religion was one of our main subjects.  In the third grade, our school hosted a rite of passage for girls (jashn-e-ebadat), initiating us into ‘womanhood’ and ‘prayer’.  After this ceremony, I was expected to cover my body and to pray five times a day in Arabic, a language I didn’t understand.  I think there are many beautiful things about Islam as a tradition, but living in a religious state made me allergic to a lot of it.  Years later, redefining the notion of prayer for myself has felt incredibly significant in my healing.

Holly Mason: Last question, could you speak a bit to the “This is How (Iran | America)” series in the show? I am curious about the process and material choices.  It seems as though the four pieces are speaking together and speaking to each other.

Mojdeh Rezaeipour: It shouldn’t have come as such a surprise, but the 2016 presidential election really shook me to my core.  I wanted to understand what happened, so I started educating myself about overlapping systems of oppression in the US and beyond.  What I am still learning has pushed me to sit deeper with pieces of my identity—as an Iranian, an American, an Iranian-American immigrant, and a woman of color in this country.  How can my voice as an artist speak from all of these places?  How can my work evolve to fuel intersections of our collective striving for healing and liberation in the world?  Each part of “This is How (Iran | America)” embodies one stage of my journey toward wholeness as a hyphenated identity.  As a series, it’s also about the cyclical process of healing ourselves to heal the world.

My use of fern in the fourth piece was inspired in part by adrienne maree brown’s Emergent Strategy, where she explores notions of biomimicry in the context of movements.  Ferns are a kind of fractal, which means they grow self-identically across varying scales.  Might we be able to create radical impact at a universal scale by changing ourselves, our core relationships and how we are together in local communities? 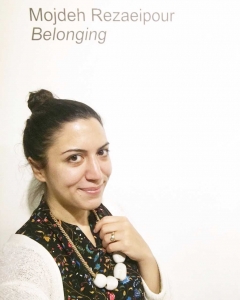 Mojdeh Rezaeipour is an Iranian-American mixed media artist and storyteller.  She has a BA in Architecture from UC Berkeley and is currently pursuing a self-directed Masters as a part of Alt*Div with an emphasis on art as spiritual practice.  While her studio is based deep in the forests of Southern MD, she has shown her work at many galleries including Arlington Arts Center (VA), Strathmore Mansion (MD), IA&A(DC), Katzen Art Center (DC), Olly Olly (VA) and Target Gallery (VA) where she also juried an exhibition last summer.  Mojdeh’s stories have been featured on The Moth Mainstage, Podcast, and Radio Hour.  She currently serves as The Moth’s Washington, DC StorySlam Producer and leads independent workshops on visual storytelling. 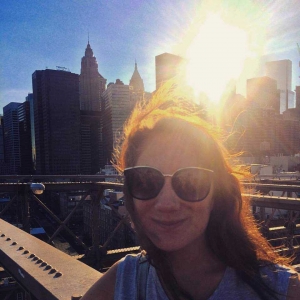 Holly Mason received her MFA in Poetry from George Mason University, where she taught undergraduate English courses and served as the blog editor for So to Speak: A Feminist Journal of Language and Art. Her poems have appeared in Rabbit Catastrophe Review, Outlook Springs, The Northern Virginia Review, Bourgeon, and Foothill Poetry Journal. She has been a reader and panelist for OutWrite (A Celebration of LGBT Literature) in D.C. She currently lives and teaches in Fairfax, Virginia.