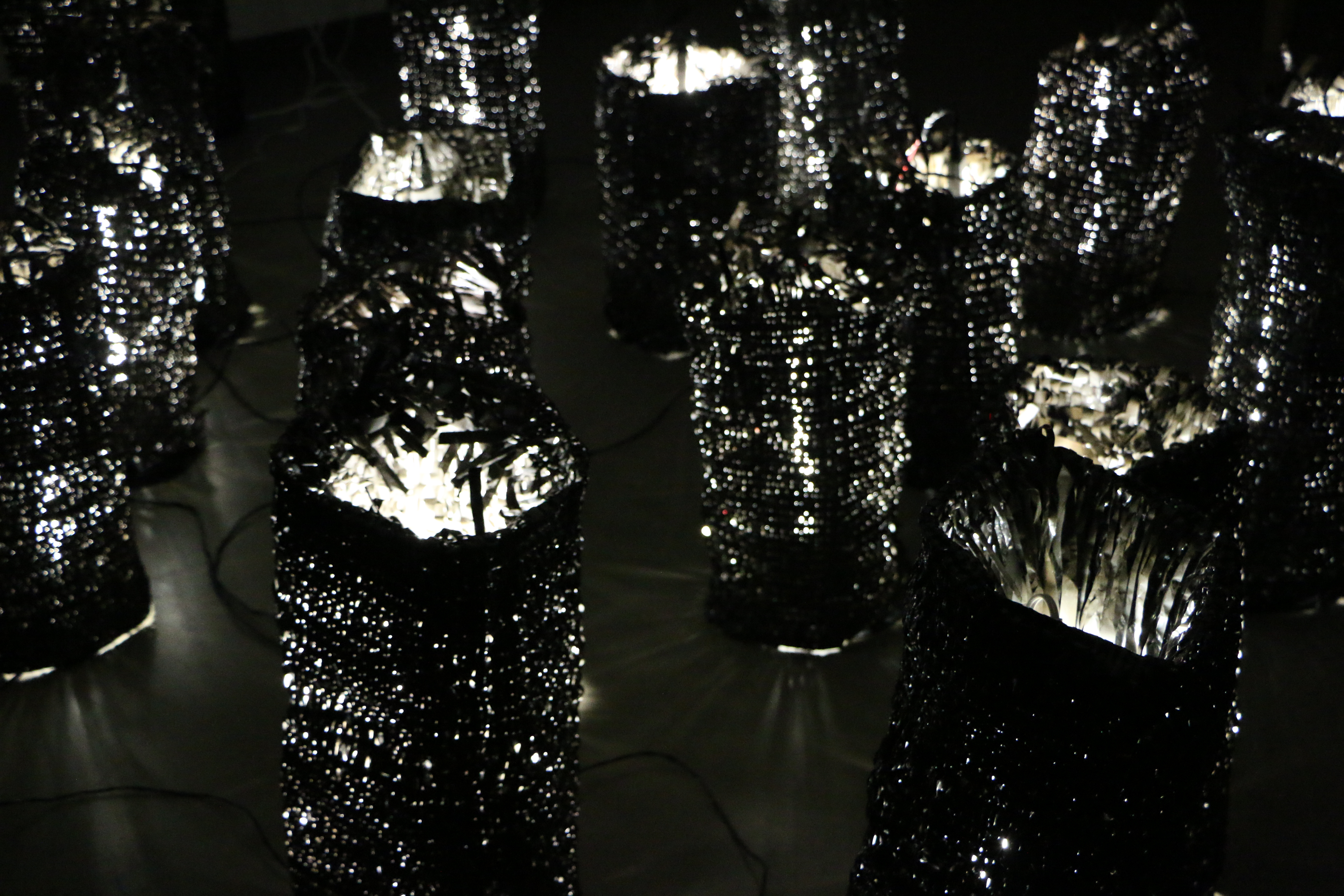 The conceptual artist was a mystic.

The artist was a conceptual mystic.

The artist was a mystical concept.

The conceptual mystic was an artist.

Monument to Repetition connects Eva Hesse’s Repetition 19 and Dan Flavin’s Monument to Tatlin visually with similar sentiments to Steve Reich’s recording Come out. Additionally, the content of the material plays apart in the work. The piece is woven from 9-track data tape donated from the Women and Gender Studies Archive at the University of Wisconsin Madison. Knowing this the audio played in the installation from the tubes are two recorded interviews of two opposing views on Feminism. Rachel Rosenthal discusses her awareness of becoming a feminist artist and Suzanne Venker’s discussion of her book the “Flipside”. Both audio sources have been obscured by either removal or feedback creating a blurring between the voices resulting in confusion around the subject of feminism. This idea came to me as a way of filtering out the experience I was have in the classroom teaching Fiber Arts. I often am the only male in the room and yet I am also often the only Feminist as well. The murkiness of the student’s concept of what that term means reflects much of Feminisms representation in popular culture.