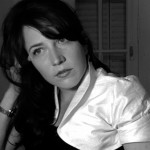 The book’s title poem demonstrates the impressive tonal range Weise employs throughout, shifting from funny, heart-breaking, sarcastic, angry, and flat. This thrilling range of tones is the book’s most exciting attribute, and repeatedly reveals the poet’s command over her subject. With these brilliant tonal shifts, Weise tap-dances the line of sentimentality or self-pity and constantly finds ways to turn inward frustrations and grief out into all types of incrimination, reflection, celebration, and epiphany.

The book begins with a section called “Translating the body,” with definitions of “translate” from the OED and a quote from Gray’s Anatomy as opening epigraphs. It ends with an epilogue poem called “Body as Argument,” reflecting the way the process and purpose of the text grows from merely translating the body to pushing it forward as a forceful tool, an argument of how individuals should be treated.

In poems such as “Conviction” and “Bust,” this argument seems to be that our bodies are all constantly failing, no matter how many whole limbs one may happen to have:

a dead father three years back.

If that doesn’t show how entirely useless

the body becomes, than what does?”

At other times, Weise purposefully skirts making an argument at all, simply titling many of her poems “Notes on the Body.”  She studies the body itself just as much as she studies the study of the body, through art, medicine, and the personal experience.  And throughout all, she studies the body through the lens of sex—not theoretical or academic sex, but real relationships, encounters, and experiences.

My favorite poems were the ones that openly addressed deeply personal longing, such as moments where the speaker imagines Mona Lisa in a wheelchair, or imagines that she and her lover are both actually amputees (“Conviction”). Still other poems frankly express deep hurt at the strangers, neighbors, and even family members who call her a “beautiful freak show” or the “prettiest cripple I ever seen.”

ever told me that I’m pretty?

The book’s final section, “Of  Holman,” introduces us to the archetypal “Whole Man”—a total jerk of a guy who might stand in for the typical awful boyfriend many men and women have come across.

During “The Arrangement,” Holman attempts to run the speaker’s life for her, making all of her career decisions and attempting to come across as the hero all the way.  The poem is hilarious and chilling all at once in its earnest and completely straight-faced tone:

“Why don’t you change your schedule

to my schedule, he said…I will drive us to Lake Mirable

and we will spend the day working

and at night you will do that thing I like

and you will be writing what I think

you ought to be writing.  Won’t it be nice

to have some kids of our own around

to entertain us when work dries up?”

In many poems, Holman (remember: Whole Man) tries to control the narrator to the extent of attempting to revise or “fix” her body.  Throughout the book, men are always the ones revising the body, be it Holman, lovers whose “hands are scalpels” or a slew of anonymous doctors:

“In the hospital, they cut and sew up,

cut and sew up, without permission,

which is to say, they do not ask:

May I slice your back from neck to ass?”

If the lovers are not trying to “fix” the narrator’s body, they fetishize it, nicknaming her scars after sex and asking her an endless parade of questions about her body, leaving the narrator to feel as though she is in a New Orleans peep show:

“When I ask you to turn off the lights, you said, Will you show me your leg first?”

As the book progresses, the fetishizing turns more sinister, and begins to suggest more direct kinds of violence:

“He begs under sheets, Please let me see.?  I really want to.  I am getting used

Indeed, in the poem “Nona Come Sit,” the body is on display in a sexually victimizing way, with the policeman-disempowered woman relationship recalling Adrienne Rich’s poem “Rape.”

“In my car today, parked in

the blue spot, an officer

touts his badge, peers in.

He knocks his flashlight

prove it, he says, shining

his light between my legs.”

Throughout the book are men who won’t date the narrator because of her body (“Bust”) and, worse still, men who tell her they like her “despite” it.  Perhaps what’s most interesting about the book is that as it goes on, the reader starts to notice a shift from an incrimination of how some men treat women with physical disabilities to a broader incrimination of how some men treat women in general with unequal displays of sexual power. The call to arms that Weise begins from the specific standpoint of a self-named amputee widens and broadens to a call to arms to women of all body types—a feminist viewpoint growing more and more attention in this decade in particular.

In this way, Weise’s book is fiercely and unabashedly feminist. In reading it, I was reminded in all the most complex and interesting ways of the role of the body in that troublesome triangle of sex, love, and politics: a triangle with deep implications for the feminist movement.