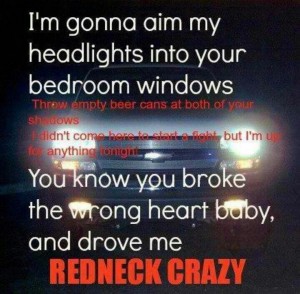 In June, Slate ran a piece about country music’s “bro problem” and singer Miranda Lambert’s aim to take down “bro country,” a (not so recent, but recently more obtuse) trend in country music to objectify women, aggressively corner them in bars, and reduce them to tailgate-dancin’, truckbed-climbin’, flip-flop floozies in tight jeans and/or cut-offs (depending, I guess, on the season).

But these days it’s not Miranda who’s saving the day. Newcomers Maddie and Tae are the dark horses riding up to restore order to country music. The lyrics to their debut single “Girl in a Country Song” takes direct aim at the male megastars who’ve been bankrolling their musical success on the willingness of the prophetic “girl in a country song” to get drunk enough to go for a ride in some dude’s truck.

It’s a gutsy move to take on the likes of Luke Bryan, Chris Young, Thomas Rhett, and Florida-Georgia Line (who do not seem amused by the song at all). And it’s clear from the two women’s comments about the song that they are conscious of the tight-rope they’re walking, playing down the song’s feminism by rejecting that label (a problem I’ve written about before) and cutes-ing up their language with oh-my-goshes. But as the biting role-reversal scenes in the song’s video make clear, these two ladies are tired of the sexist, objectifying nonsense that has lately been dominating the country scene (“Conway and George Strait never did it this way,” they lament).

Calling out “bro country” in a song is a step in the right direction, but first we need to be clear about something: Country doesn’t just have a “bro” problem. It has a straight-up misogyny problem.

The first time I heard Tyler Farr’s song “Redneck Crazy” on the radio, I found it tasteless and uncouth. Then a disturbed young man went on a deadly misogynist rampage in Isla Vista, and now I change the station if it comes on. To summarize the song’s events: Girl dumps boy. Boy stalks girl at her home and taunts her new boyfriend (“I didn’t come here to start a fight / but I’m up for anything tonight”). Boy’s misery is girl’s fault, because, “you know you broke the wrong heart baby / and drove me redneck crazy.”

The similarities between the tragedy in Isla Vista and the song’s sense of entitlement to sex with a woman, and the violent response to not being able to have her, are too eerie. “I’m about to get my pissed off on,” Farr sings, and each verse just gets creepier from there. (In fairness, the song’s subject seems to want to attack both the woman he can’t have and her new man, singing “He won’t be getting any sleep tonight.” Which, in fairness, only makes the Isla Vista comparison even more frightening, given the majority of that day’s victims were men.)

There is a joke in the South about women who shoot their husbands: “She just snapped” is the punchline. I guess in this case, going “redneck crazy” is meant to be the male equivalent of that phenomenon. Yay, equality? The problem with both defenses is they shift blame for a violent crime onto the victim. Not a great fix, considering violence is never the answer and victim-blaming is never okay.

Country music has a long history of celebrating traditional gender roles, roles that progressive society has been moving away from but country music is slow to let go of. In defense of country music—and the women of country who are also topping the charts—it is trying to shift this norm so that women can be empowered, too. But because men in country music are stereotyped for their way of exerting power over women and other men through violence, violence is therefore the medium by which some women in country music, like Miranda Lambert, are trying to assert their own independence and strength.

I’ll be the first to admit that Miranda Lambert is my country music idol, but I also have to admit that many of her songs are uncomfortable examples of the violent female revenge fantasy. Her 2010 platinum hit “Gunpowder and Lead” is about a woman who gets tired of being beaten up by her man, so she shoots him:

While I give this song credit for the important observation that a “real man” isn’t an abusive one, I’m not sure two wrongs make a right here. This song is from the album Crazy Ex-Girlfriend, an image that has become integral Lambert’s brand. Her latest hit “Somethin’ Bad,” a duet with Carrie Underwood, is yet another effort to assert female power by drinking as hard and being as bad as the baddest man in town. But is matching men drink for drink and punch for punch really the only avenue available for women who want to be taken seriously in country music?

Many responded to the Isla Vista shootings by pointing out that misogyny hurts men as well as women. This excellent graphic art captures how problematic it is to associate masculinity with strength and femininity with weakness. When it comes to taking a jab at a man, Lambert has some impressively emasculating zingers. In “Hurts to Think” she sings, “you’ll never be half the man your mama is,” a brilliant two-for that praises a woman’s strength by diminishing a man’s. But while lines like this might seem refreshing to female listeners who are tired of the same old weepy “I can’t live without a man” bit, we have to stop and admit that these sentiments aren’t helping anyone demonstrate strength. When we allow these destructive, misogynist sentiments to become part of the ether of our everyday lives, we encourage a culture that tolerates and perpetuates the cycle of violence between men and women.

I know some will argue these are “just songs,” or “just fantasies,” and therefore their content is not meant to be taken seriously. But it is a serious matter when everywhere you look in country music, you see men and women embracing attitudes toward each other that, well, just ain’t right. I’m picking on Farr and Lambert in particular, but they’re not alone. Carrie Underwood’s “Before He Cheats” cites a man’s inability to keep it in his pants as justification for property destruction, and frankly I have a hard time finding Scotty McCreery’s uninvited arrival at a woman’s home late at night to be as friendly as I’m sure he means it to be. The list goes on.

And yet: these songs come on the radio, and more often than I care to admit, I turn it up. It’s confusing to be a socially progressive woman with an addiction to country music. I’m just as guilty as anyone who ever declared “Blurred Lines” is a creepy tune while bopping along to it anyway. I don’t want to stop listening to country—for one thing, ignoring it isn’t going to make the industry’s misogyny problem go away. So I’ll keep listening, but I’m going to start talking, too, with my fellow country music fans about why these songs are not okay. Maybe if enough of us speak out, the artists I admire like Miranda Lambert will follow Maddie and Tae’s brave lead and find more empowering and less violent ways to make country music a better place for women and men to showcase their strengths and successes. Until then, I’ll keep struggling with the decision to turn it up, or turn it off. 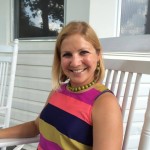 Liz Egan earned her MFA in fiction from George Mason University in 2014, and served as Fiction Editor of So to Speak 2013-2014. Currently Liz is a co-editor of Gazing Grain Press, an inclusive feminist chapbook press that is a project of Fall for the Book and the George Mason MFA program. She lives near Jackson, Mississippi, where she teaches writing and works as Writing Center Coordinator at Millsaps College.