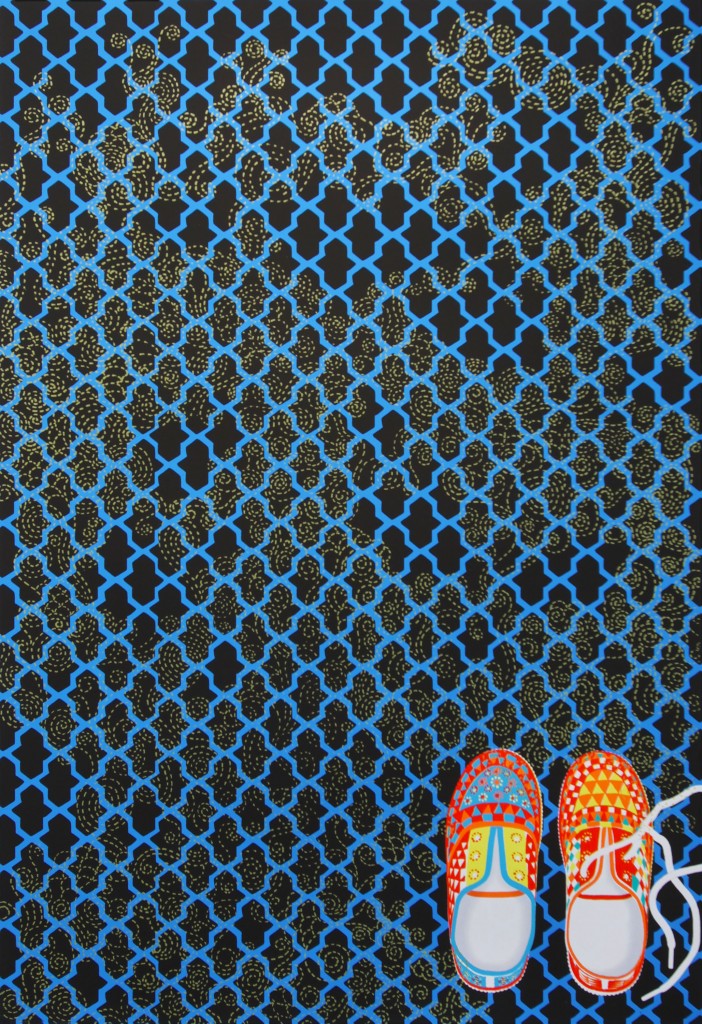 Every year at George Mason University, Navigation Press (established in 2006) brings artists with national and international reputations to work directly with our students in the creation of an original edition of prints. Visiting resident artists have included Lothar Osterburg, Beauvais Lyons, Renee Stout, Bill Dunlap, Karen Kunc, William Wiley, and Enrique Chagoya. The Friends of Art at George Mason have generously supported this residency series, affording Mason the opportunity to present lectures, exhibits, and workshops, so that students and public audiences have the chance to learn from contemporary masters who play a substantial role in the art world.

Sarah Irvin: Sarah, what is Navigation Press and how are you involved?

Sarah Zuckerman: Navigation Press is a master printmaking program that brings in amazing artists to work with students and create an edition. The opportunity to work alongside an artist allows the students to broaden how they think about their own art. The students get hands-on experience in creating a large edition, which many of them have never done before. In the previous years I worked as a graduate student helping to print editions with Lothar Osterburg and Carmon Colangelo. This year I was asked to be the Master Printer for the 2015 Navigation Press edition created with Helen Zughaib. The title of Master Printer for this program means that I work side by side with the artist in translating her work to print, in this case an eleven-layer silkscreen titled “Unfinished Journeys.”

SI: How is the Mason community involved in the production of the edition?

SZ: The bulk of the actual printing takes place over one work week. The group [of students] works around the clock to create an edition of forty prints plus artist proofs. Throughout the day everyone takes on a role. Jobs include: mixing ink, pulling screens, coating the screens with emulsion, carrying the prints to the drying rack, checking the prints to make sure they are all aligned, and many more.

The creation of an edition this large could not be done by one person, it is important that students learn about the community of a printshop.

The group was wonderful to work with and produced the edition like professionals.

SI: Helen, what was the process of working as a Navigation Press Artist? How did you come to be involved in the process and what was involved in planning the piece that you created with the Press?

Helen Zughaib: I was invited by Helen Frederick [Head of Printmaking at George Mason University] as artist in residence for Navigation Press for a week to begin the Al-Mutanabbi area-wide initiative. Initially Helen and Sarah came to my studio to see my work both current and older work. In talking about the print process both technically and artistically we came up with several elements from some of my paintings to incorporate into the print. I was also painting on small children’s canvas shoes as part of my work going to Paris next month for an exhibit. The work I have been concentrating on for several years now has been focused on the “Arab Spring.” With the latest tragedy being the thousands seeking refuge from the war in Syria. Helen Frederick and Sarah loved those little shoes which found their way into our print. With the very public image of the little boy washed up to the shore just the week prior to my residence at GMU, it was as if they had sadly predicted the future of that little child and so many others caught up in the horrible devastation in the Arab world. With a few days spent before our actual week at the studio, we worked together to come up with our print, “Unfinished Journeys.”

SI: The image in the piece is of shoes on a boldly patterned background of blue and black with an overlay of gold line work. What do these patterns and marks represent?

HZ: The shoes are placed on a pattern, or tiles, inspired by Islamic designs. The placement of the little child’s shoes, recall someone going into prayers in a mosque, where one is required to take off their shoes before entering the sacred space to pray.

The gold stitching overlaying the shoes and tiles represent the small stitches that weave together a life, the little details that make a story of a family, a journey, complete with holes, torn or ripped, leaving a vulnerability and exposure. The use of gold further represents the richness of a life, the beauty contained in a family story, showing also the delicateness, yet strength we all share as we go through our lives, almost like a spider web, strong yet fragile at once.

SI: Navigation Press operates as a community process. How did the subject matter for this work affect the community taking part in the piece?

SZ: The subject matter of this work was really eye opening for many students.

Helen Zughaib is a passionate humanitarian and that is reflected in her work. It is important to for students to see and learn about the ties between visual arts, literature, culture, and current events. The work connects with a large project currently taking place called “Al-Mutanabbi Street Starts Here” and there is a dynamic dialogue between the two.

HZ: Several times during my week at GMU, different classes came in to see what we were doing, to hear me talk a bit about the concept and image, and to hear a bit of my back story so they could find a foothold for the piece we were creating and see how it came about conceptually. Asking questions and talking about the current crisis in the Middle East, created a better understanding and empathy for those suffering miles away. It was as if they could almost put themselves in someone else’s “shoes.”

SI: How did the community affect the way the piece came together?

HZ: The students, professors, and alumni, all participated in the creation of my print. It was a week when everyone donned an apron and rolled up their sleeves to help in the making of “Unfinished Journeys.” In the week-long process, people would come in to the studio and comment on the print, or bring some new insight and reflection into the group, which would initiate further dialogue and discussion amongst us. We shared music, poems and food together creating a sort of community within a community. 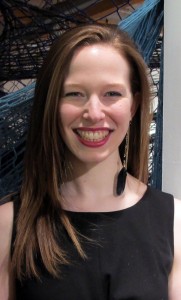 Sarah Zuckerman is a printmaker currently living in Alexandria, Virginia. She received her BFA in Printmaking from Massachusetts College of Art and Design in 2009. She is currently a 2016 MFA Candidate in the Printmaking Department at George Mason University School of Art. Her personal work includes explorations in print, paper, and installation. Recently she participated in the program MFABerlin, an artist residency program at GlogauAIR in Berlin, Germany through American University. 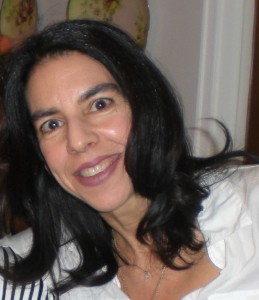 Helen Zughaib was born in Beirut, Lebanon, living mostly in the Middle East and Europe before coming to the United States to study art. She received her BFA from Syracuse University, College of Visual and Performing Arts.

Helen works primarily in gouache, an opaque watercolor, and ink on board.

Her work has been widely exhibited in galleries and museums in the United States, Europe and Lebanon. Her paintings are included in many private and public collections, including the White House, World Bank, Library of Congress, US Consulate General, Vancouver, Canada, American Embassy in Baghdad, Iraq, the Arab American National Museum in Detroit, Michigan, and the DC Art Bank collection. In 2008, Helen was invited as US Cultural Envoy through the State Department, to Palestine, where she led a workshop with Palestinian women artists In Ramallah. In 2009, she was sent to Switzerland under the State Department’s Speaker and Specialist Program. Her paintings have been gifted to heads of state by President Obama and former Secretary of State Hilary Clinton.

As an Arab American, Helen feels that her background in the Middle East allows her to approach the experiences she has in America in a unique way, remaining an observer of both the Arab and American cultures. She believes that the arts are one of the most important ways to help shape and foster dialogue and positive ideas about the Middle East.