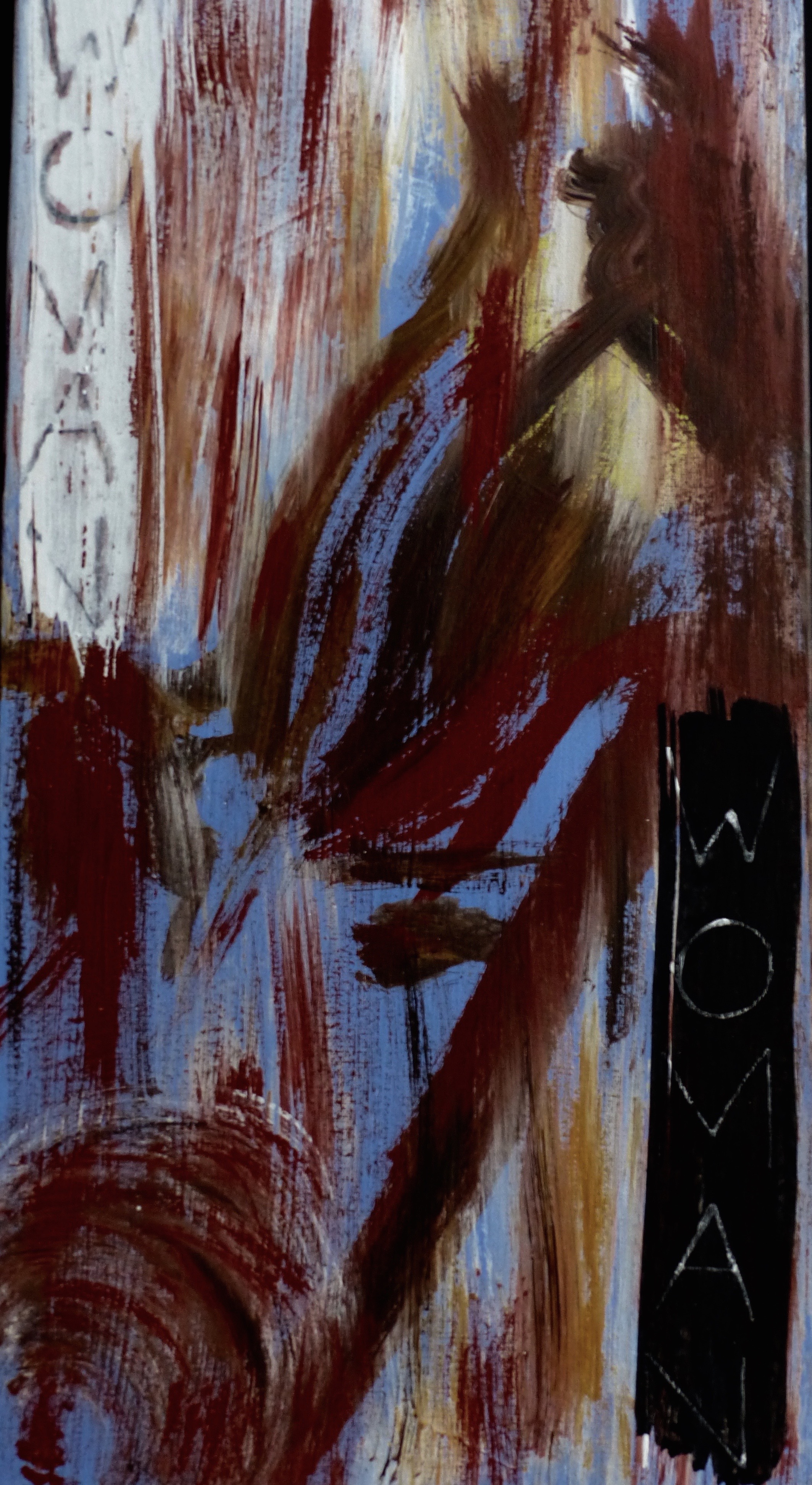 Hear me young women and heed my tale. There were once three sisters. Beautiful. Carefree. Made ugly. Turned into Gorgons who froze men’s souls. Of course, in time, three turned to two, and though my story did not end well, it may still prove instructive for you.

Where to start a tale that ends so badly?

I never met my father. Some say he was a merman with the tail of a fish—a minor sea god, an absentee father, perhaps the source of my bad judgment when it came to men. And my mother, well—a sea goddess with waving locks like the tentacles of a jellyfish, my loving mother Ceto was unlucky in love herself, and unable to protect me from the ruler of the oceans, so much more powerful than she.

Poseidon was an old man with a fierce stare and tangled beard. He admired my long beautiful hair. I brushed my hair daily, one hundred strokes. Accustomed to the worship of young men, I played with their affections. My sisters and I teased them, laughed and flirted and talked about them behind their backs. We gloried in our independence and allure. Of course, I believed I was immortal and invulnerable.

Can I skip the next chapter? It’s so hard to tell. But, in truth, it can’t be left out.

Poseidon raped me in Athena’s temple. A refuge where I’d always felt safe, a venerable old man I’d always trusted. I knelt at Athena’s altar that night, my long hair uncoiled on my back. Candles flickered and the air was smoky with incense. The scent of olive oil rose from bowls of libations. I smelled Poseidon before he grabbed me from behind, his hands clammy, his breath foul—rank and salty like the sea. I couldn’t move, couldn’t breathe with his suffocating weight moving on me, his calloused hand clamped over my nose and mouth. Afterwards he tugged at my hair, wrapping it around his hands and arms like seaweed.

“So young, so lovely,” he said, as if a parting compliment excused what he had done.

I worshiped Athena, a protectress and goddess known for her wisdom, the most powerful woman I knew. I never dreamed she would betray me, when he left me stunned and bleeding on the cold stone floor. But instead of answering my plea for help, she made me a monster.

Crawling snakes replaced my long wavy locks. Wings and claws sprouted from my shoulder blades and hands. My hideous new face turned men to stone. When my loyal sisters tried to intervene, she cursed them too, transforming them into repulsive Gorgons like me, and banished us to the island of Sarpedon.

It is no wonder that after a period of mourning our lost lives the three of us came to revel in the destruction of men. We lured their ships to the shore and smashed them against the rocks. Sailors who survived spread rumors of an entire army of powerful women. It was our revenge against those who had enabled a crime like Poseidon’s. Who excused Athena’s misplaced wrath. Who deemed us monstrous.

We created a new kind of power, a heady one.

If only my story ended there. But instead I listened to Perseus, who whispered in my ear of his attraction.

I tingled all over. It had been so long since a man had whispered in my ear. He was so handsome and seemed so sincere. Did he say, “I love you”? I think he did. I believed everything he said until I saw my reflection in his polished bronze shield and remembered who I was. By then it was too late. The silver blade sliced through the air, flashing in the sun. I felt a stinging pain in my throat and warm, wet blood gushing on my breasts as my head toppled to the ground, snakes sinuous and writhing, eyes staring and vacant. Hideous and unloved. Fearsome but not immortal.

Beware the mistaken belief in your own immortality.

Beware powerful men. Grandfatherly, bearded men like Poseidon who rise from the sea. Handsome young seducers like Perseus who carry shields and swords.

Cultivate your own power.

Draw on my powers, as so many have before you. The two-faced Athena emblazoned her own shield with my head. Priestesses wore Gorgon masks to frighten away non-believers. Women hung Medusan medallions on necklaces as amulets. They carved my face and snaky locks over doorways to repel evil.

Remember this: There will be times in your life when it is better to be feared than to love. When you need dark sisters you can trust. When you need to tell your stories and act on them instead of hiding them. When you’re ready for the laugh of the Medusa, call out to me and I will answer you.

Jacqueline Doyle lives in the San Francisco Bay Area. Her award-winning flash chapbook The Missing Girl was published by Black Lawrence Press last fall, and she has recent flash in Wigleaf, Post Road, Hotel Amerika, The Pinch, and matchbook. In addition to numerous Pushcart and Best of the Net nominations, she has two flash short-listed in Best Small Fictions 2018 and essays short-listed in Best American Essays 2013, 2015, and 2017. Find her online at www.jacquelinedoyle.com and on twitter @doylejacq.