It’s more coincidence than not that these are all prominent figures in Greco-Roman folklore. Old stories of female characters’ helplessness and/or ruthlessness (in effect, definite one-dimensionality with all of two personality types available) always weirded me out. I’ve spent more than a little time wondering what would happen if famous mythological figures were fleshed-out by ACTUAL women, who know that our brains and feelings don’t just work in black-and-white. But it’s not really intentional that this is a sequence or anything like that, just a thing that irked me so I started writing about it. I found myself writing too many of them by accident one day and had to stop!

My fly’s zipper
caught pubic hair
uprooted it
pinched the follicle,
wings beat like hooves
punched my chest
beak punctured hymen
oh it was glorious
rough and tumble
and a spatter of blood.

I was given a great gift.

Why do you say it
in such a mocking tone?

A blue eye, a blue, blue eye, blue for want of brown.
My Castor dropped his spoon, it clattered like magazine fire
(startled me) and now he is a man. I washed Pollux carefully
until he outgrew the sink, the tub, the yard, they are growing, growing (terrifying)
and eclipse my view of the sky, everything now dark blue and too opaque.
They’re too big for their forgotten mother, all I have left
are these ostrich egg shells.

Stupid Leda—
women are only mothers,
wives,
sisters of men. 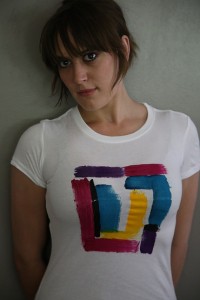 Alex Ledford is a graduate of the MFA poetry program of the University of New Hampshire. She is originally from North Carolina and currently resides in New Hampshire.