Learning from the New Kings and Queens

The following is a guest post by writer and educator Eva Freeman:

This past summer, I visited a private school in Greenwich, Connecticut that sat atop a hill surrounded by acres of sculpted lawn. Inside, forty-foot high ceilings soared above the library’s bookshelves and two opposing walls made entirely of glass overlooked an algae covered pond. Standing before this idyllic scene, I imagined my Brooklyn public summer school students here and wondered how they might benefit from the quiet and the calm. Would reading be more enjoyable if they could do it here immersed in the leafy green? I pictured them with the circles under their eyes, their heads propped on their hands or bowed heavy with defeat on their desks. Daily, the city roared outside our classroom’s windows full of exhaust fumes and noise, the cacophony of millions of people living literally on top of the other. And all those words printed so neatly in their textbooks seemed to disappear beneath the unceasing drone of our laboring air conditioning unit. By contrast, in the private school lobby, the students’ portraits are quietly lined up in neat rows, their hair in perky ponytails and their matching uniforms forming a pleasing pattern to the eye. If I could, I wondered, would I send my own children here? What would they gain? What would they lose? I had a few ideas.

I attended a private school not unlike the one in Greenwich and was the only African-American girl in my class. During the second semester, I stood up to the grade’s bully, an anti-Semite, and was ostracized by both her and her victims alike. Marked, I became an example of what not to be. By senior year, I understood the school’s unspoken social hierarchy better: white straight men (for whom it was originally designed) on top, then their future partners—white women—and below were the rest of us, the scholarship students, the children of color, the closeted LGBT youth and those with learning and emotional difficulties. All of us in our own way were struggling to rise to the top—to convert ourselves into the glimmering kings and queens of a fairytale prom that had never been designed with us in mind.

After graduation, I followed the path prescribed to me, the one that would most ensure a certain kind of success and prove to my former classmates once and for all that they had been wrong to shun me.  I went to an Ivy League school and worked for several years at a well-known corporation.  Each institution, in its own way mirrored my private school’s culture, rewarding ambition and competition.  Meeting a multi-million dollar earning colleague, I realized to some degree that I was not alone in striving to knock her from her perch, and all the old forces of race, class and gender were still at play.

On the job, I learned to “stand up for myself” but really what I was doing was channeling a kind of cruelty that I had seen at play in my private school’s hallways. I yelled at underlings.  I bullied them.  I gained a reputation.  I was well known.  I convinced myself that I was doing these things for the African-American community, clearing a path for those behind me.  I was, in essence, an awful person.  Now I find myself standing in front of my old tormentors, a classroom full of them and when I reach back to pull out my tried and true weapons, I find them oversized for the task.  Would I really hurt children?  Inflect the harm that was done to me?  Is that who I have become?

Courtleyou Road, like so much of Brooklyn, is changing.  The 99-cent stores have given way to stylish restaurants and coffee shops filled with varnished wood.  But when I cross Coney Island Avenue, I return to the old Brooklyn, the Halal meat markets, autoglass, collision and repair shops, and of course, the ubiquitous bodegas hawking lotto tickets and cheap cigarettes.  This is where my summer school students are from. Almost 72% of the population in 2011 qualified for free or reduced lunch. One girl was allegedly forced into sex work and at age fourteen has already given birth.  She sits huddled over her workbook, her long dyed hair shielding her face, her thin shoulders hunched like those of a tiny guard post. Most of my students don’t come from such extreme backgrounds.  They are eighth graders struggling with decoding and fluency.  But almost all bear the signs of stress, their blood shot eyes, pinched expressions.  I lean in close and tell them they have done a good job and for the briefest moment, their tension eases.

At home in the evenings, I watch my own boys play and I am angry with them for being so carefree, so happy.  By the luck of birth they have parents who
can feed and shelter them, dream up enriching activities and trips for them.  Their lives have begun at a place beyond survival with the possibility of summer evenings spent licking ice cream cones, chasing fireflies and mirroring in their childhood innocence the twilight’s encroaching softness.  I see the ease in their limbs, the confidence in their swaggers.  I hear certainty in their voices.  Even though I have done everything to ensure its existence, I wonder why my children are in possession of this grace and others are not.

I don’t enter the classroom with a heart full of rage.  My students have taught me to be a better person – to step outside the confines of my own hurt, my own personal obsession with the self, and recognize what I have and what I might possibly be able to give. 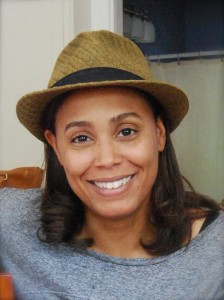 2 thoughts on “Learning from the New Kings and Queens”