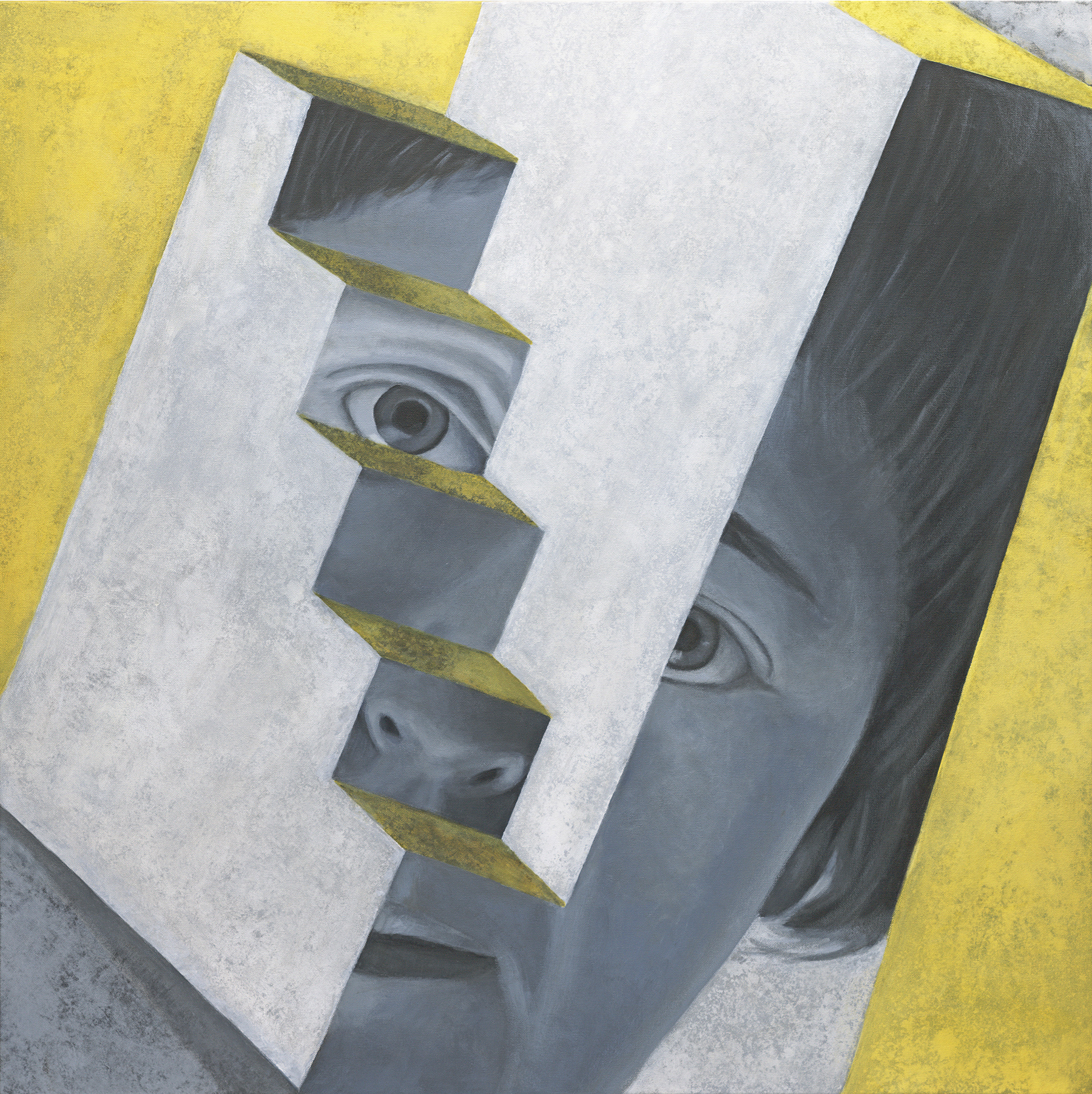 My still life portraits investigate issues of women’s empowerment and changing identity. Starting with paper photographs of women, I fold, tear, and crumple the images to give them a new 3rd dimension, communicating both disruption and resilience. I make large paintings of the fragile paper constructions to fix transitional moments in a solid form.

As an American female raised in the 1980s and 90s, I have always experienced women’s cultural identity in the midst of controversial transition. My paintings describe the unique possibility and uncertainty of that experience. Distorting photographs of women disrupts our conditioned first responses – ugly/pretty, young/old – and their associated value judgments. Being able to clearly see the subject’s eyes shows her insistence on engaging with the world, and the burden that engagement can cause.

What is women’s new cultural identity? What can we be? We are in a time where that is still in flux and constantly under siege. My work shows there is purpose in changing what is possible for women, but also an exhaustion that must remain mostly hidden in order to continue forward.

Diana Zipeto is best known for her large paintings of folded paper photographs. Working in acrylic, she renders folds and cuts in paper to give the paintings a 3D appearance. Using mainly images of women, Diana’s work is driven by themes of social justice and gender equality.“My inspirations are realists who use photographs as a starting point for their work — Otto Duecker’s paper portraits, Shelley Reed’s giant black and white compositions, Gerhard Richter’s blurred newspaper paintings.” Diana studied painting and illustration at the Massachusetts College of Art and Design. Her folded paper portraits have been shown at the Ceres Gallery in NYC, the Jonathan Ferrara Gallery in New Orleans, and numerous Massachusetts galleries. In 2017, she received a grant from the Massachusetts Cultural Council to curate “Women Looking at Women”, an art exhibit by and about female artists. In 2018, she had a solo show of her latest work at the Firehouse Gallery in Newburyport, MA. Diana lives in Lowell, MA, and works in Lowell’s energizing artist community at Western Avenue Studios.