The systematic dismantling of Native American culture and land rights is one of the most devastating cases of geographic invasion (some argue genocide, although historians disagree on this point) in human history. Modern day Americans often find themselves tongue-tied and at a loss for words that can provide adequate testimony for the pain the resulting conflicts caused not only the indigenous people of North America, but also all of humanity.

Diversity—pluralism—were continental values before Europeans began to settle in North America. Hundreds of distinct tribes with unique languages, customs and traditions co-existed on the land. Because of their diversity, when European settlers began appearing on their shores, Native Americans often embraced them, not knowing that the dismantling of life as they knew it had begun. It’s been a long road headed back to a full celebration of diversity and an acceptance of differences, a road we are still traveling. 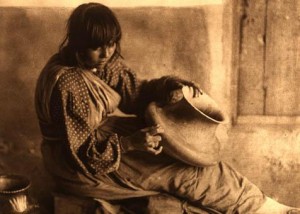 Both past and contemporary Native American artists give important voice to their tribal histories, personal experiences, and unique cultures through literature, visual art, and music. They have lived on reservations and off reservations. They have struggled with racism and access to opportunities. Most importantly they have kept the Native American heritage in the universal consciousness through their paintbrushes, musical instruments, cameras, and pens.

So to Speak is proud to highlight two Native American artists during our celebration of Native American Heritage Month: Heid E. Erdrich and Joy Harjo. Erdrich and Harjo, poets, engage the political, explore agency, and celebrate their heritage. More than that, they create works of art both universal and mythical, both image-rich and musical, and that leave the reader grateful to have savored each word, to have journeyed with them in their imaginations. Our celebration includes interviews with both poets, as well as reviews of their most recent work. 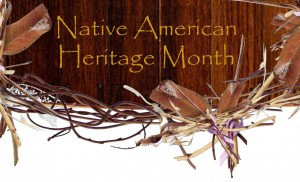