From the Mexico-US Border to South Africa and Australia, JL Powers Reflects on the Role of Gender in her YA Novels 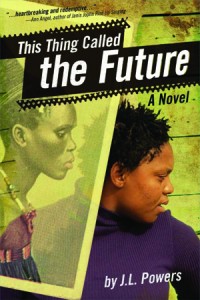 I write novels for young adults. Although gender isn’t the central focus of my stories, I am acutely aware that gender has social, personal, legal, and moral repercussions for each individual. It would be impossible (and perhaps irresponsible) for me not to consider the ways in which a young person’s gender influences or even dictates the choices they make and the things that happen to them.

My first novel, The Confessional, depicts six young men growing up on the U.S.-Mexico border. The novel is told from six different viewpoints. After a vicious schoolyard fight, one young man ends up in the hospital while another one is sent home. Hours later, the boy who initiated the fight is murdered in his front yard. As each of the young male protagonists seeks the identity of the murderer, the choices they make grow increasingly chaotic as they must confront the violence within themselves. One of the central questions of the novel is why violence is so often an integral part of a young man’s growing up and how these particular young men (and young men in general) can veer onto another path.

My second novel, the award-winning This Thing Called the Future, explored the coming-of-age experiences of a young urban Zulu girl growing up in a township in South Africa. In that novel, 14-year-old Khosi starts falling in love just as her mother falls ill to what they suspect is AIDS; her family is cursed by a witch; and Khosi is stalked by a man with shape-shifting powers. In 2008, 1 out of 4 men in South Africa admitted to raping a woman. As a girl growing up in South Africa, Khosi’s very real fear is not only that she will be raped, but also that her normal growing-up experiences of love and sex will mean that she falls ill with the “three letter curse” (HIV). In this novel, I wanted to explore the vulnerabilities of a young African woman who ultimately makes choices that give her power, yet remain within culturally acceptable paradigms.

My third novel, Amina, due out in September in Australia, follows a young female graffiti artist growing up in Somalia, Mogadishu during the time when the fundamentalist, militant Islamic group al-Shabaab controlled Mogadishu and art was forbidden, considered un-Islamic. Ultimately, Amina must decide what it means for her to be female, an artist, and Muslim, when powerful forces want to constrain and restrict her identity through extremely violent means.

Gendered issues resonate with me personally. I grew up female in an evangelical Christian community. Though my parents treated me and my brothers equally, the church consistently placed value on women’s contributions as wives and mothers and devalued their roles in the workplace or in church leadership. I grew up feeling like a second-class citizen and this was probably the wedge that led to my departure from organized religion. Though much has changed in that world, and there have been positive advances for women, I have never returned.

For better or for worse, it is not possible for me to write novels that unthinkingly support the status quo. Naturally, my novels can easily be examined for their treatment of gender roles and the way my characters subvert expectations for their gender. Although gender isn’t the point of departure for me as I begin to work on a new book, I am always questioning the morality or justice of what we consider “normal,” both in my personal life and in my artistic endeavors, and that extends to the social expectations our parents and our communities have for us because of our biological sex.

J.L. Powers is the award-winning author of two novels for young adults, The Confessional and This Thing Called the Future, as well as the editor of two award-winning anthologies of essays for all ages, That Mad Game: Growing Up in a Warzone and Labor Pains and Birth Stories: Essays on Pregnancy, Birth, and Becoming a Parent. Her forthcoming novel, Amina, will be published in Australia in September 2013.   Powers is the fiction and non-fiction editor of The Fertile Source (www.fertilesource.com) and co-founder of the blog Mother, Writer, Mentor (www.motherwritermentor.com) She writes for The Pirate Tree, a blog on social justice and children’s literature (www.thepiratetree.com). A frequent contributor to New Pages, she is currently at work on other projects and can be found at www.jlpowers.net