When I first set out to find Native American writers to participate in So to Speak interviews, I aimed high. With my first tentative emails, I received warm and positive responses from the two poets I contacted. I couldn’t believe my luck! 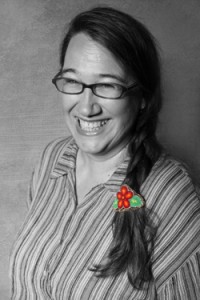 Our first poet, Heid E. Erdrich, was raised in a large literary and academic family by parents who were boarding school teachers for the Turtle Mountain Ojibwe. Her father, from a German immigrant family, and her mother, a member of the Turtle Mountain Ojibwe tribe, were “precise namers of things” who  encouraged their children to pay attention to the details in life. Her mother sewed handmade books for her then elementary school children to fill with their own creations.  These early lessons in observation and creativity stuck: three of the eight children went on to achieve literary success.

Heid has published four collections of poetry and one book of nonfiction, written plays, and curated over a dozen exhibits. A four-time nominee for the Minnesota Book Award, Heid received the 2009 award for her collection National Monuments. She has been a finalist for the Montreal International Poetry Prize and the recipient of the Minnesota State Arts Board Fellowship.  And she has received awards from the Loft Literary Center and the Archibald Bush Foundation.

Heid’s poetry integrates the everyday world with the mythical; her poems blend universal themes of life, death, and spirituality as easily as a baker sifts together flour, salt, and leavening. Whether discussing laundry on a clothesline, her grandmother’s hands, or the sounds of nature, she creates powerful images that connect unlike experiences in surprising ways. She has described her poems as conversations and views her thoughts and feelings as not just belonging to herself, but rather to her readers and community.

Recently Heid has begun collaborating with other Native American artists, creating visual performance works of art that include her poetry. Her poem films have been screened at the Imaginative Film, Headwaters Film and Co-Kisser Poetry Film (where she won an award) Festivals, as well as the 2013 Native American Literature Symposium.

Wherever there are lines dividing literature or art (even dance), Heid challenges our assumptions: 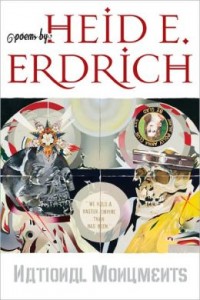 Sheryl: You’ve been described as a feminist poet, professor, scholar, and playwright. How would you describe yourself?

A tad less than 5’8” and quite round. My hair is long and just a little gray.  There is something bear-like about me, of which I am proud.  I laugh a lot.

I am also a feminist poet, professor, scholar, and playwright—also a curator of visual arts exhibits and multi-disciplinary performances for the past seven years. And a publisher of the world’s only mono-lingual Ojibwemowin press. AND a laundress.

Heid: Indigenous languages were much disrupted, deliberately, by the U.S. education system and by the churches. My grandfather spoke and understood several indigenous languages, but he spoke Ojibwemowin only with his sons as they worked in the field.  My mother did not learn her language, although she understood conversations as a child.  I began studying Ojibwemowin as an adult.  My studies coincided with the births of my children, so I created an entire book about language acquisition, The Mother’s Tongue.  Many of those poems are selected in Cell Traffic.

Wiigwaas Press publishes mono-lingual Ojibwe-language books for use in language revitalization efforts.  We are about to publish our fourth book.  We are pretty much alone in our field.

Sheryl: When did you first know that your path was that of a writer and teacher?

Heid: Books were always magic to me and both my parents were teachers, so it seemed like the ideal life.  I taught college English for twenty years, left to work in the community in 2007, and I am returning to an MFA program in 2014.

Sheryl: In addition to being an accomplished scholar and writer, you are a mother. How does motherhood affect your writing?

Heid: The secret about Moms is that they do not mess around!  My writing comes faster, is more sincere, and is much more a focus of my day than before I had kids.  I have to make it count, because I know it is taking away time I could use to, say, wash their socks.

Sheryl: You’ve recently begun experimenting with poetry expressed in video form. How did this come about? Tell us about your experiences using this form.

Heid: A few years ago I started to see book trailers in which the poet read a bit from the book—just like a movie trailer.  You’ve probably seen them.  It occurred to me that one could make a film of a poem—and I have often thought of my poems as little films or exhibits.  The fit seemed natural and I knew filmmakers, actors, animators—all Native American artists—so I knew my team. I got a grant from the Minnesota State Arts Board and was able to give everyone involved a little fee. It was a joyful creation and I want to keep making these films now.

The poem films feel like they give my poems reach in a way I never could have imagined.  Students who “don’t get poetry” are more interested in poetry after seeing the films, and the films have gone to other countries—most recently Brazil.  We’ve won awards and spots in competitive film festivals, so obviously, the quality of the artists I worked with (R. Vincent Moniz, Jr., Elizabeth Day, and Jonathan Thunder) shows through. 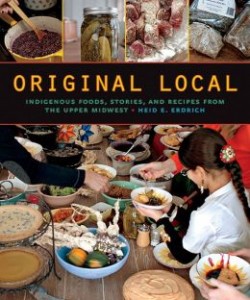 Sheryl: Writers can often find themselves isolated, but I’ve read that you strive to create community with your writing. Can you tell us more about that?

Heid: Creating community is what my curatorial efforts and my playwright work is about. I needed to get out of my box and feel connection to others to expand my audience and my understanding of my work.  It has been wonderful work and my love of visual artists has really grown.  Performers are a bit too, well, too dramatic for this introverted poet.  I might be done with that part of my community work!

Sheryl: Tell us about your writing process. Where do you find the most inspiration? When do you write and what is your revision process like?

Heid: Usually I write in the morning, just get down to it with coffee and as much quiet as I can get.  Sometime I write after a nap. I write to and with voices I have read from a variety of sources, often sciences articles.  When I am creating and revising, I like to walk.  If I can find the beat of the poem while I walk, I can memorize it a bit and get it on paper in a more complete form than if I just try to dump it out of my brain on to a page.

Sheryl: Who do you feel are your greatest writing influences? Personal influences?

Heid: There are so many.  Adrienne Rich, Joy Harjo, Gwendolyn Brooks, Kimberly Blaeser, my teachers at Johns Hopkins, my teachers at Dartmouth.  Roberta Hill was my mentor in the Twin Cities and the novelist Jonis Agee really mentored me, too. But my friends who write are my biggest influences: Eric Gansworth, Leslie Adrienne Miller…I will get in trouble if I name more than two and leave anyone out. Of course my sisters influenced me.  Both Louise and Lise always wrote, so I thought it was normal and did not get any romantic notions about the process.

Lyrics to songs are a huge influence on me as well.  David Bowie, Laurie Anderson, Patti Smith…the usual suspects for women who came of age in the 1980’s.

Sheryl: What are you working on now?

Heid: At the moment, a multi-disciplinary show with “poem skits” and poem films, including at least one starring my sister Louise.  The show is called Artifact Traffic and it is about collaboration between artists, the traffic of ideas as artifact, and contemporary Native American art.  My next two books of poems are begun and should be done in 2014—hopefully published in 2015. First I have to do PR for my books of stories and recipes on indigenous foods, which just came out from Minnesota Historically Society Press.  That was a labor of love, for sure!

Sheryl: What do you feel it means to be a feminist in today’s world?

Heid: Such a hard question.  At a recent book festival, I was lucky enough to sit next to Susan Dworkin, the author who wrote reviews for Ms. Magazine back in the day—not Andrea, who also worked at Ms..  Susan was wonderful to meet and very interested in my generation of feminists—the little sisters of the First Wave. We talked a little about early feminism and today.  There’s an easier feminism today that looks at work mostly, and ignores everyday life.  There’s less risk in talking about work and politics. I’d rather talk a bit about every day life. We have a feminist marriage and it is hard. My husband is a researcher, his name is John Burke. We are really 50-50 in our domestic work. But since most women do 100% more than they need to domestically, or feel they should do more—always more—it is hard to let 50-50 stand.  Stuff does not get done.  Housework is not a priority. We have issues, but they are minor. Most women writers who talk to me about their marriages or partnerships have taken on way more than the male partner or even their female partners.  There’s an imbalance that comes from early training, but also from being the lesser-wage earning person as most writers/teachers end up being.  I see that easing with my younger friends.  They expect more from a partner in terms of the work of the home and relationship—and they sometimes get it.

My poetry continues to have a feminist bent—it is always about the body, the way we relate to the world, and increasingly about women’s relationships to the natural world and the Ojibwe woman’s role as water keeper.  I may not take a traditional woman’s role, but I hold sacred that women protect and relate to the waters of the earth.