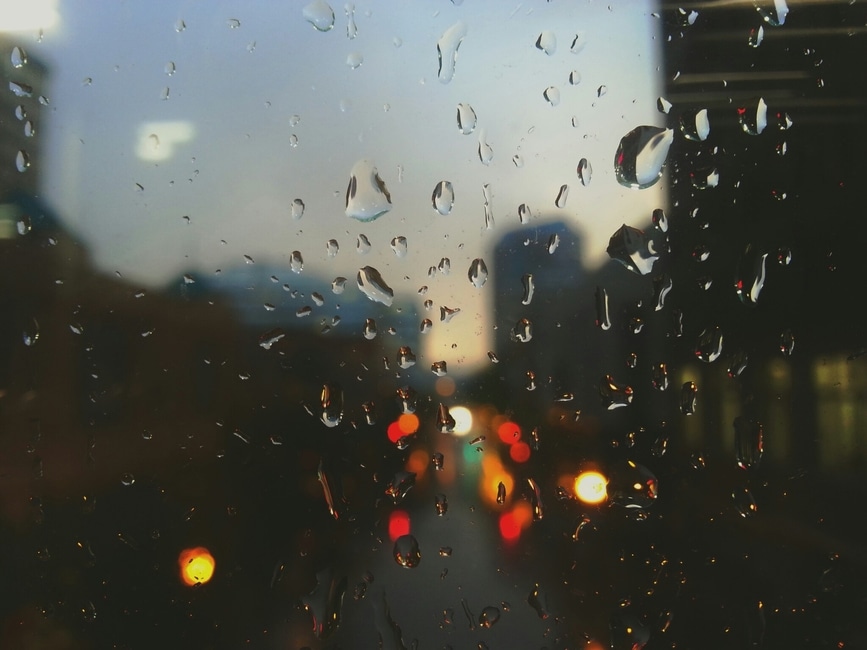 We watched Inside Out this week, and I think I cried ten times throughout the movie. As I walked to the bathroom for toilet paper to blow my nose, I said to myself, “This is why I haven’t been able to watch Precious. I’d be a puddle of snot and tears by the time the ending credits rolled.”

It reminded me of watching the Roseanne series finale with my mom. We sat on the couch under a blanket she crocheted, crying our eyes out. We were bawling when my dad walked into the house from the garage. He looked at us and said, “What the hell is going on in here?” We couldn’t piece a sentence together, we just pointed to the TV, and cried some more. My dad quickly left the room.

It is a memory of my mom I cherish, a moment where we demonstrated our common thread simultaneously, something woven into us through lineage, we are brought to tears easily.

Last night I finished reading Wild by Cheryl Strayed. A rad story about a woman who pushed fear aside and hiked the Pacific Coast Trail by herself. At 11 am this morning, I drove through In-N-Out because I needed a cheeseburger desperately after reading her describe cravings for burgers and fries, over and over.

Cheryl Strayed found herself on a personal quest to conquer the PCT four years after her mom’s death, whereupon she looked to end her tailspin of self destruction; cheating on her husband, fucking a lot of dudes, and developing a mild habit with heroin. I say mild habit, because I think the heroin thing was played up a bit, a la the book A Million Little Pieces. Sheryl was not a hardcore junkie, she routinely used the drug for a couple months, after getting home from work. She was aware the entire time that it was a bad choice, nor a long term habit. Her goals were unfulfilled, she wanted to be a writer, and used heroin as a way to punish herself for not living up to her dreams.

I tried to explain this to my husband, that I didn’t think she was as much of a drug addict as she felt, that she was being too hard on herself. She was twenty five years old, she described drinking her first beer on the PCT, had her first bout of sickness from drinking too much wine on the trail, that type of restraint is not the characteristic of a destitute smack head. He didn’t get what I was saying, “Heroin is heroin. Once you go there you are hardcore drug addict.”

Sheryl’s quest into the Wild, or wilderness, was brought on from having absolutely no idea what to do with her life. She was at a crossroads, and it was a time where she needed to prove to herself she has the cajones to accomplish anything she wants. She overcame fear. Maybe, if her mom hadn’t died, she would have found herself doing the same thing, on the same road, still needing to prove her strength. Instead of being a result of her mom’s death, it could have been a result of marrying too young, or plenty of other things that make people go off track.

Sheryl deals with her grief while on the PCT, at one point reminiscing about giving her mom shit for reading sub-lit mystery books, the paperbacks that used to be next to candy bars at grocery store check out lines. Sheryl’s professor told her that reading these books was a waste of time, so Sheryl turned around and told her mom the same, trying to make her mom feel as stupid as the professor made her feel.

I thought of how I once told my thin mom she should drink Slim Fast. I said it because I was such an unhappy person at the time, and I wanted to make her feel the same. I probably should have just punched her in the stomach, thats how mean it was, and how bad I feel looking back on it. For some reason my mom understood my obsession with bodies was a result of my waywardness, and she didn’t tell me to shut the fuck up and get out of her house.

She got me back when she called me a slut one night after I came home late. She didn’t know I was the only person on the planet who was a virgin, not really, but definitely in my mind. My friends were lapping me on the sex racetrack, and even though sex was always on my mind, I was ultimately too shy of a person to leap into making my fantasies a reality. Thankfully, because the let down would have been profound. My mom’s fear of my purity was unusual, considering she had zero concern for any of her children’s after school whereabout or escapades.

My mom is a strange person, but I love her. I read Jeanette Winterson’s autobiography, a story of a troubled mother-daughter relationship, but no matter how awful her mom had been to her, she was Her mom, and so when other people criticized her mother for the reasons she listed, she became defensive of her mother. She could be the only one to resent her.

Sheryl enters her anger phase while hiking on the PCT. On her mother’s would be 50th birthday, she lists all the resentments against her mom. I think everyone has some sort of list of mom resentments, and even if the complaints are common, the list is unique since it’s between two people. Like Winterson, I’m the only one allowed to criticize my mother’s parenting, well, except for my brothers and sisters. Even if I confide in someone about something troubling my mom did when raising me, and they simply agree with me, then I get a nasty look on my face, thinking, “How dare you talk about MY mother that way.” The resentments are so personal because they contradict the instinct to be protective of mom.

I’m lucky I can still sob over  SPCA commercials with my mom. We butt heads and have regrets, but we love each other, slut shaming and slim fast insults aside. 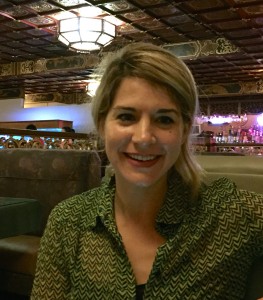 Alicia Davis is a writer living in Sacramento. In addition to caring for her two kids, she teaches as an adjunct professor and blogs on Bee Please.  She keeps her eyes open, on the lookout for something to make her laugh.