Bulletproof: Thoughts on Pain and Parenting 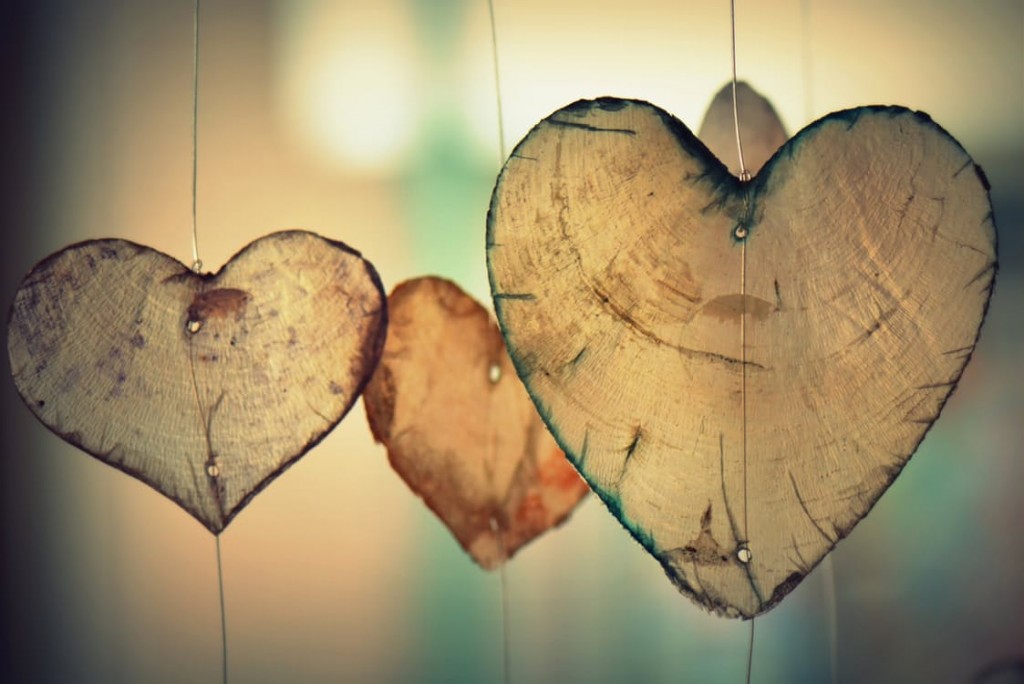 Bulletproof: Thoughts on Pain and Parenting by Sally Bishop Shigley

Recently, my daughters were due for their 11 year old well-child checkup. The past ten well child checks have been tricky in a physical, logistical way. My spouse works fifty miles from where we live, so it makes the most sense for me to take them.  When the twins were babies, it was all about battle strategy:  the timing of snacks and diapers and naps and car seat battles was crucial to the success or failure of the visit.  I was always outnumbered, you see, and understanding the adversary was more helpful than merely trying to overpower them.  We have been watching the Lord of the Rings trilogy lately:  I needed to think like an elf and not an orc, albeit a benign orc who would stop at the gift shop for candy on the way home.

Lately it has been more about psychology.  You can sneak up on a five year old with a vaccination and then present a princess band aid and a sticker and all is well.  A tween is a very different situation that requires negotiation and reasoning:  good tactics if you can predict who is going to show up that day.  Is it the smiling girl who still wants to hang out with you and talk about the contradiction that is Taylor Swift or the one whose main occupation seems to be sullen evasion and eye rolling?

The night before the visit, I mentioned shots.  My tone was casual, but I wanted to plant the seed, avoid surprises.  After I picked them up from school, I gave more details:  they would get one to protect them from HPV (a virus that could give them cancer), one to boost their DPT, and one to prevent meningitis.  They had read about diphtheria in school and had heard horror stories of when I had meningitis as a teen, so the logic of all the shots made sense. It was the painful delivery system that was a problem.

A couple of months earlier, we went to the pediatric ophthalmologist at the nearby university hospital because their pediatrician had seen what looked like cataracts on their eyes.  Cataracts they were:  fetal occlusions that most often do not grow and, depending on the location, do not affect vision. That was good news all around, but in order to diagnose them, the girls had to have their eyes dilated.  I have had this done, and it stings for a few seconds, and frankly, it is weird and uncomfortable to have somebody messing with your eye.  We had a pep talk before the nurse came in, but when she did, everything fell apart and the girls put their hands over their eyes and twisted, and tried to crawl under the chairs and had to be restrained.  The nurse had to leave to get help. She was angry when she returned. She brought a male nurse. It was awful.  We were all shaking with anger and adrenaline when the nurses finally left the room.  I knew why the kids were angry.  They were embarrassed about being scared, but not embarrassed enough to fake stoicism. Plus, the drops hurt.  My anger, however, was more complicated. I was embarrassed that they had made a scene, thinking it reflected badly on the quality of my parenting, and I was angry that they couldn’t put the fear aside.

I felt empathy twenty minutes later when the half life of the adrenaline was spent, but it wasn’t my first reaction, which troubled me.  I had cried with them through their first vaccines, irrationally angry for just a moment that someone was hurting my babies.  Now, I was calm because I knew that if I were upset, they would be upset, but that wasn’t all of it.

Incrementally and completely unintentionally, every time I shushed their crying in public, or asked them to walk it off at a soccer game, I was teaching them to accept pain without complaint and then judging them when they protested.

And now I wanted them to do it again, on this day when they needed three shots. Two nurses came in armed with three needles each: they looked like Wolverine in Sponge Bob scrubs. They stood on either side of each girl ready to give the shots in quick succession.  They caught my first daughter by surprise.  She winced a little and then looked smug at her own toughness. The second one looked at me with pleading and terror and I looked into her eyes and held her hands still while someone poked her skinny arm with big intramuscular needles.  One tear slipped out of her left eye and when I reached to comfort her she avoided my hand.  I didn’t protect her from the pain, so I didn’t get to hug it away. She didn’t want candy on the way out and didn’t speak to me on the car ride home. I hadn’t promised her that it would not hurt, but I had not let her protect herself either.

Which leaves me with this question:  where is the line between helping your child be a socially competent citizen who can have a tooth filled or a vaccination without a struggle and teaching your child (your girl) directly, or through example, that her pain is less important than her ability to withstand it? The answer is not in the way that I was taught to experience pain.

I recently fell and badly broke my humeral head, the bone that forms part of my shoulder. It happened while we were on vacation in Olympic National Park and went unset for five nauseating days, while I tried to arrange treatment and transportation home. The orthopedic surgeon put in a large titanium plate and nine long screws. After the surgery, I did weeks and weeks of excruciating physical therapy. Rehab after surgery of this kind is very painful, especially early on, as the therapist tries to coax the spasming muscles guarding the injury to relax and stretch.

I watched the other patients in the open floor plan of the clinic. Those very sensitive to pain demanded gentle handling; they would not be pushed into one more repetition with the small weights or enduring a stretch that hurt. The therapists were unfailingly smart and kind; they weren’t pushing anybody. What was amazing to me was that most of these people did not appear to be pushing themselves. When their rotator cuffs (or hamstrings or hip flexors) threw a painful temper tantrum in response to a movement, they stopped.  They asked for ice packs or heating pads and accepted proffered blankets. They did not tell the therapists that they had a high pain tolerance, that they were badasses and super heroes. They did not tell themselves stories about toughness and giving in and being a baby. I did.

For weeks after my shoulder surgery, I breathed and stretched and sweated through therapy with little result. I thought I was a wimp, the therapist questioned her technique, and the insurance company got tired of paying.  Turns out, that I am a “super healer” and the humeral head was completely immobilized with fast growing scar tissue.  The pain I had felt meant something beyond the story of bravery and grit that I was telling myself.  It was not mind over matter after all. A second surgery to remove the scar tissue made the movements in physical therapy much easier, but created another symptom.

I had two straight weeks of unpredictable weeping.  In the middle of the manual manipulations in therapy, tears would suddenly ooze out of the corner of my eyes in situations I had endured many times before.  A snarky comment from a colleague or a kid, criticism from my mother brought instant tears.

When I could get some distance from the pushy voice-over in my head about how I should be feeling, I understood that despite all the patient explanations that my brain was giving my shoulder, the bedtime stories about pain tolerance and perception of pain and appropriate behavior, I was still a sentient mammal whose body had the same evolutionary, adaptive response to pain as everyone else’s.

Chronic pain, it seems, especially when ignored, has emotional consequences. Maybe my post surgical or post injury bedtime story should have been about patience and speaking kindly to myself and others about pain.

Maybe instead of judging myself and others about their/my pain, I should have let that pain be part of the jury that decided when and how much I moved.

I am not saying that discomfort isn’t going to be a part of rehabilitation or life, but I did not let the pain be a part of the conversation:  not the loudest voice, but one that is heard with compassion and respect.  I am not talking here to the physical therapist, of course, but to myself. As a child I was presented with a lot of pain in various forms and I developed a neat habit of acting like it wasn’t there. That is the stuff of a different essay, but I got used to pretending that pain was an insignificant enemy to be mocked or ignored.

So where does that leave me and my daughters and their vaccinations? Teaching girls to ignore pain or to be ashamed of it casts a wide net full of dangerous consequences.  Taking an injection with a stiff upper lip is one thing, but letting twelve year old boys tease and insult you because they are “just being boys” or because “they probably like you” is quite another. Ignoring the poke and sting of daily media injections of alleged “beauty” problems and sure-fire consumer solutions sews seeds of self-doubt so deeply in the angst saturated ground of adolescence that girls start poking themselves, a threat much more difficult to get away from and avoid. The mean voices move from the page or the screen into girls’ personal arsenal of self-criticism. Your thighs and your eyebrows are wrong turns into my thighs and my eyebrows are wrong. Then, I am wrong.

So is asking my girls to take their medicine and their shots without throwing a fit a slippery slope to self-loathing and uncritical media consumption? Not directly, but I think talking about how one might lead to the other is imperative.  My daughters will not be scarred if I close my eyes and cry a little when I am hurt. They will be embarrassed when I tell a friend out loud that my weight is none of her business, but they will see that it is ok to have boundaries and react when people cross them. We can all still listen to pop music in the car, but we can talk about the way music and culture and gender expectations hurt us in ways that we are told to ignore.  We can crank up the volume and roll down the windows and be righteously angry when women and girls appear as objects perched on an insistent bass line.

In addition, I can stop dining out on stories of how I let teeth be extracted without pain killers or how I let the physician ignore me for two hours in the emergency room because he did not think I looked like I was in pain. I can replace the glory of stoicism with a dose of self care. I can practice not explaining physical and emotional pain away. As adult women, maybe if we respect our own pain, whatever shape it takes, our girls will honor theirs as well. 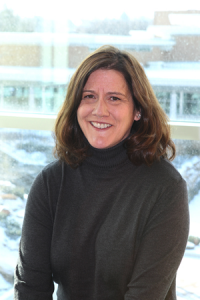 Sally Bishop Shigley teaches literature, literary theory, and the intersection between neuroscience and literature at Weber State University in Ogden, Utah. Her essay “Great Expectations: Infertility, Disability, Possibility” is forthcoming in The History of Infertility (Palgrave) and her essay co-written with Lauren Fowler appears in Rethinking Empathy through Literature (Routledge 2014).