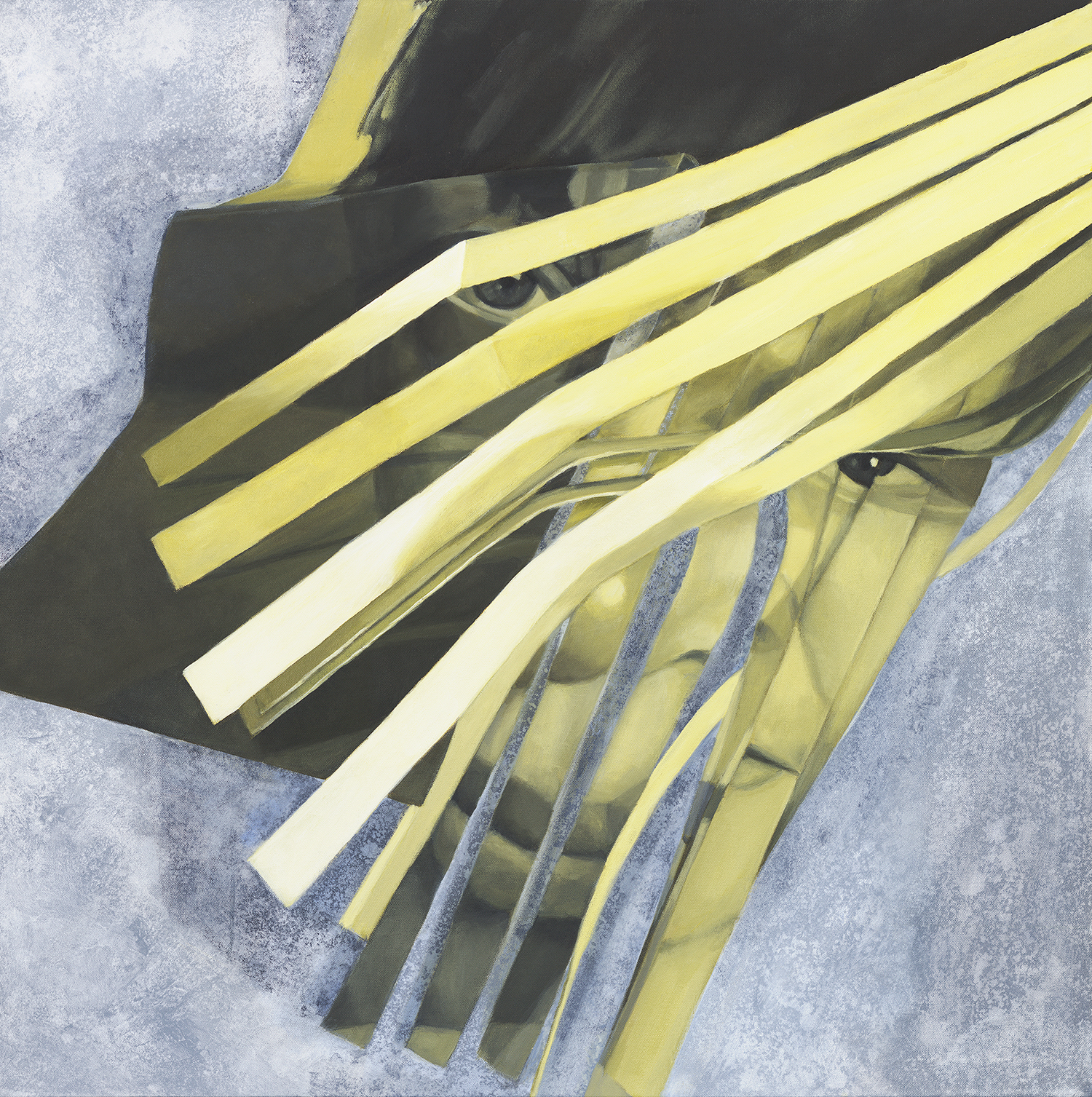 It has been three years.

She knows she is not dying.

She is freeing herself from the confines of being human, from dragging around the weight of this burdensome skeletal mess.

The first time it happened, she was fourteen years old. Afterward, she stood in front of the mirror, unclothed, staring at herself. She was in the small bathroom on the top floor of her parents’ house, the red brick two-story in the suburbs that she grew up in. Everyone was downstairs eating dinner; she could faintly hear their muffled voices, so they must have had the windows open, which means it must have been warm out. Was it in the summer? Late spring sounds closer. She doesn’t remember how long she stood there naked. She was waiting for something to move, some involuntary action like a muscle twitch or a spasm. She was doing this because that night she felt estranged from herself—as if the thing inside her giving her life was different from the reflection staring back at her from the mirror. She wanted proof that the two did not correspond, that in some tiny but significant way they were different now. She wanted to know for sure that one day she could leave that body behind, that she didn’t need it to survive.

That same first night, she dreamed that there were begonias blooming in the concave spaces between her collar bones. She dreamed that they grew so full and wild, she couldn’t turn her head. Her hip bones bloomed as well and were soon covered with gardenias, pure and white, as fragrant as soap.  In the same dream, her bones started to break like glass inside of her body as she was crushed by some indiscernible object much larger than herself. All of her teeth were falling out of her mouth.

Every time it happened, that night she would have the same dream. She would wake up in the morning with dirt between her toes and under her toenails, soiling the bottoms of her sheets. Her hip bones felt sore and bruised. She rubbed them gently with her fingertips, remembering how in her dreams they were covered in petals that were as soft and delicate as silk.

Every night for three years, she climbed into her bed, half-asleep already, and dreamed she was blooming. Every morning for three years, she woke up feeling bruised in the places where the flowers had taken root and flourished overnight. Every time she looked in the mirror for three years, she was reminded that she was different from her reflection now. For three years she kept a secret because she knew people would talk about her if she said casually one day to a friend, “Something happened and I’m not really human anymore. I’m not me.” So she stifled it all.

Shortly after the first time, her body began to crave moisture. After a while, she only felt good when she was completely submerged underwater. She would spend hours in the bathtub when she got home from school, just sitting there as still as she could be, with her head tilted back and her eyes closed. She left only her head from the nose up out of the water, just enough so she could breathe. The strange thing was that when she put her whole head underwater and held her breath, she didn’t feel like she was drowning. In fact, she felt better with the water filling every space of her, including her ears and nostrils, but every time, something would force her to lift her head up and breathe air again. It was depressing, this complete lack of control she felt whenever this happened. How can what you want, what you need, be so different from what your body gives you? She wondered.

She stopped eating, noticing one day that her body no longer craved food. She realized the longer she went without eating, the better she felt. The hollowness in her stomach was comforting. Why nourish a body that betrays you? There are other ways to keep yourself alive.

She wakes up. The air smells like rain, sleep, sweat. It must have rained all night; a soft drizzle still falls. She gets up and walks to the bathroom. This morning is different from other mornings; she felt it as soon as she opened her eyes, like she is finally waking after years of dormancy. This morning she feels lighter, almost weightless. Her head is clear. She’s so weak that she can barely lift her arm to turn on the tap, and she doesn’t remember the last time she ate, but she feels good, like her ratios are finally in proportion: 10% skin and bones, 90% fragrance and light. She could plant herself in the back garden today, she thinks to herself, and let her roots tether her to the earth, while above the soil a new kind of beauty would emerge to fill the void where her useless body used to be. She could soften herself in the bath, let the pads of her fingers and toes “turn to prunes” (as her mother used to say), and then climb into a hole she would dig out by the white picket fence, perhaps next to the hydrangea.

Lately, her dreams (the ones in which her body erupted in bouquets) have seemed more like reality than the time she spent awake. She looked forward to the impending transcendence. This radical loss of self has transformed her, freed her. Now, she has a decision. It could mean that she digs a hole and sits in it and becomes the beautiful thing she imagined all those nights, or it could mean she accepts that she’s human after all and lets her flesh and blood course through her veins again. She could let the blood cells multiply, produce metabolic waste again. There are benefits to both, she thinks, and she must weigh them carefully.

She turns the dial on the hot water tap. While she waits for the tub to fill, she looks out the bathroom window. The sun is rising.

Claudia Lundahl is a teacher and writer from New York. She lives in Columbia County with her partner and two rescue dogs. Previously, her writing has been featured in Vol. 1 Brooklyn.