Spotlight on a Feminist in Action: Attorney Frances E. Valdez 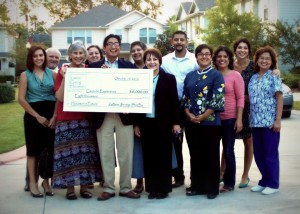 Chicana Frances E. Valdez views her feminism as self-evident in the work she does as an attorney, activist, and philanthropist—and I couldn’t agree more. Her efforts as all three have reached beyond her local community in Houston, Texas.

In 2009, Valdez co-founded Latino Giving Houston, a nonprofit where members commit to charitable donations which are pooled and dispersed as grants to organizations exclusively or primarily servicing the local Latino community. (So far grantees include Casa de Esperanza, a safe house for children suffering from abuse, neglect, and HIV; MECA, which offers arts and cultural programming to underserved youth and adults; and the Academic Achievers Programs whose mission is to increase college enrollment rates for students in the East End area of Houston.)

Long an outspoken supporter of immigrants’ rights, this past January Valdez joined the board of the national United We Dream network under which “immigrant youth [build] a movement for justice.” I’m proud to introduce you to a woman doing more than walking the feminist line and talking the feminist talk. The following is my interview with Frances E. Valdez:

Paula: What do you think it means to be a feminist of “color”?

Frances: I think most strong, independent women of color are feminists.  They might not self-identify as such because the feminist movement has historically been dominated by White women.  But women of color constantly assert their feminist ideology by their very presence in the many circles they navigate.

Paula: As an immigration attorney you come in contact with people from a wide range of socioeconomic, ethnic and racial backgrounds. How does your work reaffirm your feminist convictions?

Frances: I have learned that you must understand where people are coming from in order to be [an] effective [attorney or advocate].  Most women I work with have never heard the word feminist.  However, I encounter a lot of strong single mothers who valiantly come to the U.S. to seek a better life for their children and do everything possible to take care of them.  I have also met a great deal of women who become empowered and leave abusive husbands saving their own lives.  In my
opinion, labeling oneself as a feminist does not matter as much as the daily acts of bravery that I see many of my clients perform.

Paula: I’m always surprised to encounter feminists who readily admit, even announce, “I’m not racist—I mean, I’m a feminist!— but Mexicans, immigrants, illegals, are just…”  Why do you think feminists should consider becoming educated and invested in the struggles of the (documented or undocumented) immigrant population?

Frances: I care about immigrants because even as an English-dominant kid growing up in Houston, Texas, I was looked at as the “other” in my white neighborhood and my white schools.  From kindergarten to law school I was often one of the few, if not the only, brown person in my class.  In my own way, I have understood oppression since childhood.  Anyone who knows what it feels like to be stereotyped, or considered different, or inferior, or weak, or just not “one of the guys” could say the same.   Anyone who has ever experienced the feeling that you will never truly belong because of your gender, sexuality, skin color, ancestry, disability or a myriad of categories that differ from mainstream society, can develop sympathy for the immigrant struggle.  That is why I care about immigrants.

This last question prompted a very personal and insightful response from Frances which we felt deserved its own guest post. We invite you to read the full text here. 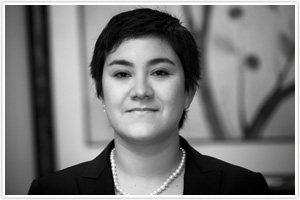 Frances E. Valdez was born and raised in Houston, Texas where she currently practices immigration law.  She graduated from the University of Texas School of Law and she is a board member of United We Dream, a national network  of immigrant youth organizations.

2 thoughts on “Spotlight on a Feminist in Action: Attorney Frances E. Valdez”