The “Groundhog Day” of It All: DVAM is Over, Now What? 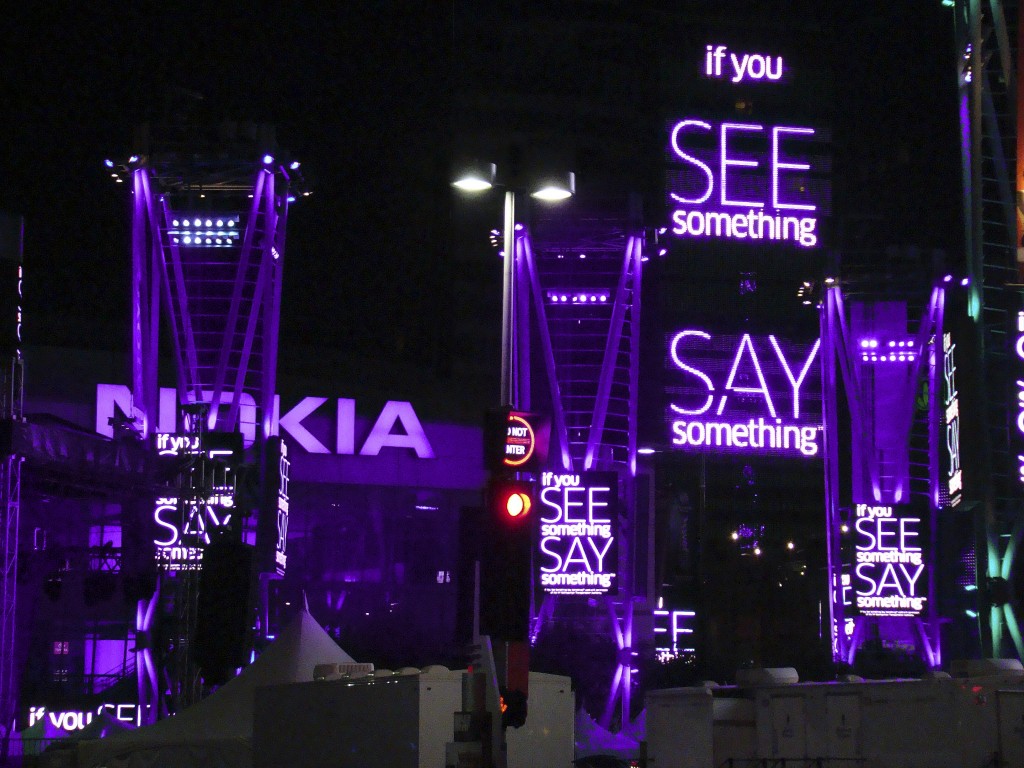 For the Houston Area Women’s Center, October was the busiest Domestic Violence Awareness Month in recent memory.  We received a huge number of requests for media interviews, no doubt fueled by the Ray Rice video making headlines and the NFL’s subsequent policy on domestic violence.  As it often seems to happen with this issue, it takes something tragic for people to start thinking, and talking, about it.

But people were talking — a lot — and it was encouraging to see the increase in conversation and coverage about an issue we are so passionate about every day.  It was also refreshing to see a broader range of angles discussed.  For advocates, answering questions about domestic violence can feel like the film “Groundhog Day”.  Even with the best of intentions, conversations can get trapped in an endless loop.  People don’t tend to stray from the usual script of basic questions, and it can be discouraging for those trying to advance awareness and understanding.  Given that, nationally, domestic violence affects 1 in 3 women and 1 in 4 men in their lifetimes, the lack of knowledge about something so pervasive in our society is staggering.

So it was particularly encouraging to see more, and deeper, discussions about the dynamics of domestic violence.  The fact that it’s about patterns of power and control and not about how he must have snapped or been provoked.  That it can – and does – happen to anyone, regardless of gender, ethnicity, religion or socio-economic status.  That the most dangerous time in an abusive relationship can be when a survivor leaves, underscoring the importance of advocate tools like safety planning and lethality assessments.

It was also wonderful having the opportunity to do more myth busting and flipping of pervasive scripts.  Changing the conversation from why doesn’t she leave to focus on why does someone choose to abuse? Witnessing the power of social media when the hashtag #whyistayed became a Twitter trend, and thousands of courageous survivors, regardless of gender, shared their experiences.  With all the recent talk about domestic violence, some of the most poignant and impactful messages were delivered in 140 characters or less.

At the Women’s Center, we even had the chance to shed light on a topic that seldom gets much mainstream press but is near and dear to our mission:  prevention and the ways we can recognize the deeply ingrained beliefs and norms we have as a society about violence … and change them.

And, of course, there’s the NFL’s new policy on domestic violence.  The fact that it clearly reflects conversations and collaboration with advocates is encouraging.  When it was released, we called it a good first step, and we’re hopeful that what looks promising on paper will lead to real and lasting change.

The best news of all, though, is that, in the wake of the increased coverage and attention, we had a 40% jump in calls to our 24-hour hotline.  That means more survivors learned that they are not alone and that help is available.

So, now that October is over, where do we go from here?

We need to keep the conversation going so domestic violence doesn’t slink back into the shadows where it thrives.  We need to build on October’s momentum so, eleven months from now, we’ve reached greater levels of awareness.  And we need to constantly remind ourselves that domestic violence happens every day of the year.  That video of Ray Rice was considered newsworthy, but it’s not a novelty for an abuser to knock a victim out cold.  The horrible and tragic Stay family murders made local news for weeks, but seldom does a day go by in the United States without at least one person being killed as a result of domestic violence.  We just don’t always hear about it.  Or talk about it.  But it’s happening all the same.  And all the time.

So, please, talk about domestic violence.  Learn about it.  Share what you learn with others and encourage them to do the same.  Memorize the phrases that are so crucial for a survivor to hear:  It’s not your fault.  You’re not alone. Make domestic violence so taboo in our society that abusers are subjected to the same degree of shame and scrutiny that’s historically been heaped upon their victims.

For more information about domestic and sexual violence and the free, confidential services offered by the Houston Area Women’s Center, please visit www.hawc.org. For information and statistics regarding the state of Texas, visit the Texas Council on Family Violence at www.tcfv.org.  For national resources, visit the National Coalition Against Domestic Violence at www.ncadv.org.

And please, if you live in the greater Houston area, memorize and share our 24-hour domestic violence hotline number:  713-528-2121.  Or the national hotline number:  1-800-799-7233. You never know whose life might be changed by learning that help is available.  Because, while domestic violence does happens every day, each day also brings an opportunity for survivors to learn that there is a path to hope and healing.

Karen Koch is Vice President of Communications for the Houston Area Women’s Center. A broadcast television veteran, she now uses her media skills to spread awareness about domestic and sexual violence and to let survivors know that they are not alone and that help is available.

The cover photo for this post is from: http://www.safela.org/.