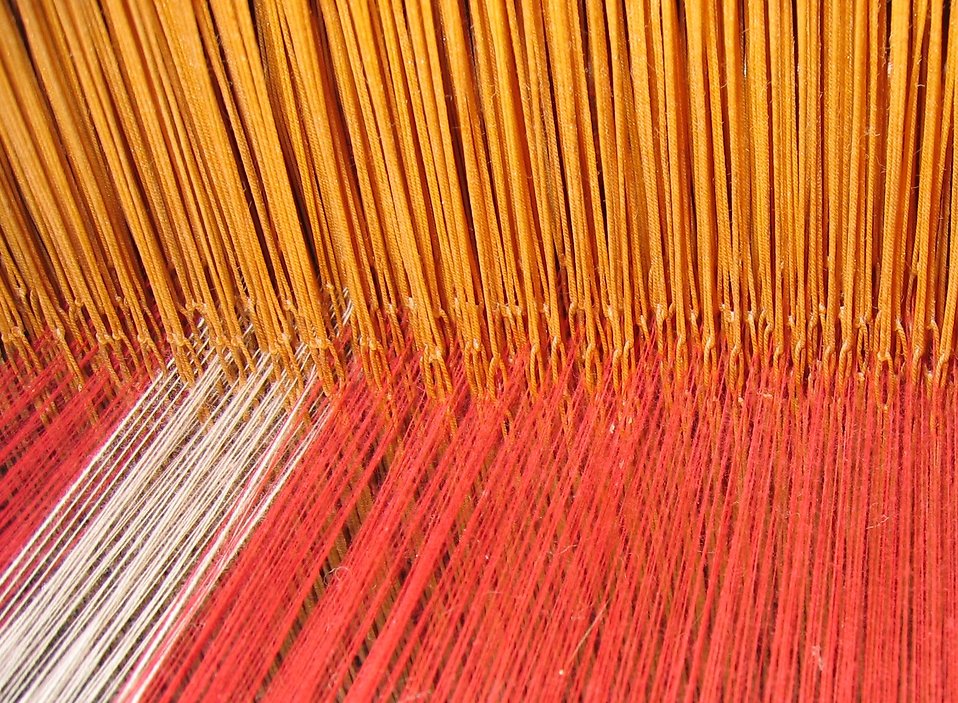 I talked with local DC artist,  Jane Claire Remick, while she was in China researching textile production (supported by the NEA). In this interview, JC tells us about her art and process.

Holly Mason: Tell us about the work you did in your residency at Elsewhere in Greensboro, North Carolina.

Jane Claire Remick: The residency at  Elsewhere is a project-based residency. You create the site-specific project in 4-6 weeks, so, it’s like an exercise, but it becomes part of their collection, so, it’s more than that, too. I created a web-based parody of iStock.com by restaging a set of stock images from that site with photographs of dolls from Elsewhere’s collection. The name of the project is Elsewherestock.com.

The project explores folksonomy, which is a system that websites like “Flicker” use to create metadata by having users tags their own photos with keywords. I wanted to create this space where people would have open access to change the language that’s associated with the image. On elsewherestock.com viewers can interactivly edit those keywords.

I am interested in time and perception. And how we think about things changing drastically over time, but maybe they are just mutating or maybe things are basically the same, just expressed a little differently, which is what the Elsewhere collection/project is about. A lot of the depictions are pretty violent. There are a lot of sexist and racist objects in the museum, but one of the founding principles of the museum is that nothing comes or goes from the space; so part of the reason I wanted to do this project was to confront these objects and see how they relate to representations in digital media today. But in retrospect, especially with the racist objects, I’d like to find a way to talk about those issues without reproducing that violence, especially as a white person, who can approach it as “oh interesting discussion” but actually it’s really violent.

HM: Tell us about your artistic process.

JCR:Usually, I start with a concept and then I take the medium that can best execute that idea. But I think that I may be changing a little bit to where the medium informs the concept, especially in the field of developing technologies like web development… I am interested in creating a lot slower… more slowly… and I am interested in creating more long-term bodies of work. So I think because I have just kind of been getting started as an artist over the past 5 years, I’ve created a lot, but it’s sort of been all over the place- so I’m trying to focus in now on what I really want to talk about and how I want to talk about it.

HM: Tell us about your digital work, Distaff.

JCR: Distaff is a time lapse video… projections for a part of a performance. Not really a narrative. The Distaff video is kind of like a study for what I’m working on now. And I’m still sorting out kind of how specific I want to be with that project.

I’m looking at how the use of technology has been masked in the gendered field of textiles. I was turned onto Laurel Thatcher Ulrich’s book, The Age of Homespun: Objects and Stories in the Creation of an American Myth, by a librarian at the DC Public Library. That’s where I found the source image for the tapestry that Distaff is based on, an embroidery by Eunice Bourne. And I was fascinated by her writing about how gender, labor, race, and all those factors combine to create that myth of the American agricultural industry birthed through colonialism.

In Distaff, I spin hair, a symbol of femininity, into yarn in order to simultaneously spin a “digital tapestry” into existence; the projections are a rough stock video collage of motifs found throughout 18th Century Mid-Atlantic embroideries, particularly the ubiquitous “woman spinning on a rock.” The thread used to embroider would’ve actually been produced using a more technologically-advanced spinning wheel at that time, not an archaic drop spindle; so, the embroiderers contribute to the perception that their labor is less modern and therefore less materially valuable.

Which brings up the question of how are these textiles produced today? Currently, I’m in China looking at a number of factories. A lot of the raw material is coming from New Zealand and Australia, but everything from spinning to constructing garment often happens here in China. I’m interested in gender and labor, like aesthetic depictions of labor vs. the actual producer. The producer and how the producer is depicted. How that visual language changes over time. My main question with that is: originally, the labor is idealized but today the labor is really invisible. So why is that? And how can I work at elucidating something that is purposefully invisible.

HM: What are you currently working on?

JCR: I’ve been working online a lot, because I’ve been interested in the online space as like a performance space. I’m interested in how you can perform an identity through a website. Not necessarily personal but also like an institutional identity. It’s an interesting performance site. So far I’ve just been putting together the web pages with open source tools, but I’ve been learning about coding so I can do more customized web development stuff.

What I think I’m kind of coming to with this whole research is I think at the end of the day I’m more interested in the way we experience historical and archival objects on the web. Because there’s this big push for museums to digitize their archives. That’s basically what I was doing at Elsewhere. When you go to a museum it’s curated in a certain way, so when it’s digitized it’s curated through the search interface. It’s a different way of interacting with the objects within the museum. Museums exist to support a certain social and/or political narrative. How does digitizing those archives change that interaction? It’s definitely fragmenting the narrative and adds subjectivity on the viewer’s part. But some criticism with the web, within activism, is that you can start to create these really specific microcosms that could become a reality around these objects. There might be more bubbles instead of big metanarratives. A lot of institutions are giving access to nice high-res images though, so people can share them. And so you can share them on your social networks.

JCR: You’re like “your work is smart,” but I also feel it’s narcissistic. I’ll just make art about something so I can go on about my own theories about shit. So, sometimes I am just wrapped up in those ideas and that’s therapeutic in a way, but I’m not necessarily thinking about the audience experience, whether it’s interesting or pleasurable. Especially working online, a lot of net art is really candy coated, it’s computer graphics and new aesthetics that are really easy to look at. But I’m interested in appropriating much more boring online images and user interfaces. I don’t know that I make work that’s really visually satisfying.

I think the one thing that I tend to default to is humor, whether I’m meaning to or not. That’s something that I default to in order to try and engage people. But deep down I do really want people to engage with me in thinking about the issues that I’m talking about…

HM: Some of your responses have already organically mentioned the Feminist ideals presented in your work, but could you also more explicitly talk about the Feminism in your art?

JCR: It’s really important for me to work not just with Feminist ideas, but within the structure of the arts community and art ecology. In DC I’m super lucky to be able to work almost exclusively with other people who also identify as women, non-binary, and queer people. I’m very very lucky I think.

It’s not “cool” in this century to be militant, but I’m pretty militant—if I know a gallery is showing 80% cis male white men, I don’t want to go there, I don’t want to work with them. I’m trying to figure out professionally when or if it’s worth it to make those compromises. But spaces like “Transformer” in DC is super women driven. In DC a lot of the performance scene and art scene is very DIY… I’m lucky to be connected to being part of that and be in spaces that facilitate re-embodying and imagining what feminism looks like in practice rather than trying to insert feminist ideals into a conventional structure like the musuem or gallery. 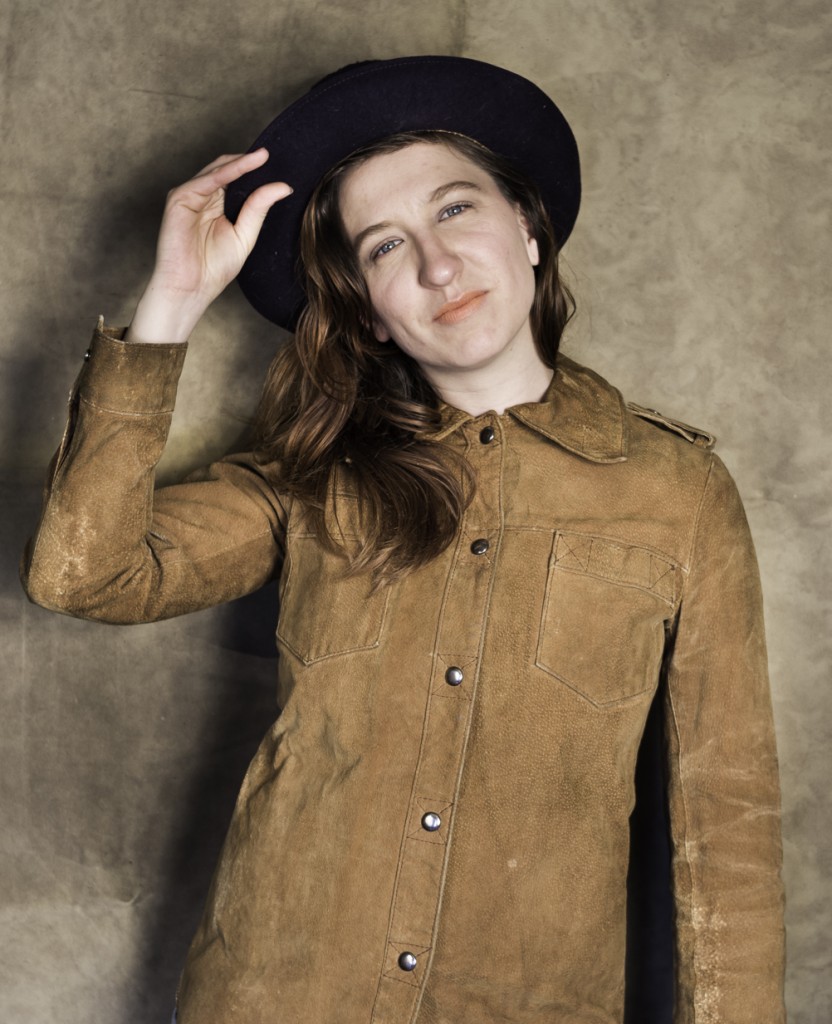 Using sincere parody, I bring individual meaning to tired tropes and ask audiences to question authenticity in order to generate new ways of seeing, hearing, and experiencing personal, social, and historical events. Creating parallel planes is achieved through unapologetic appropriation of signifiers such as institutional voice and stock images, sociological and archival inquiry, pedagogical techniques such as socio- dramatic play, and temporal juxtaposition.

Recent shown at venues including: The Corcoran Gallery of Art, Hillyer Art Space, The Fridge, The Back Alley Theater, and other DIY venues in D.C., as well as The Leslie – Lohman Museum of Gay and Lesbian Art in Manhattan, Panoply in Brooklyn, The Massachusetts College of Art and Design in Boston, and Woman Made Gallery in Chicago, IL.