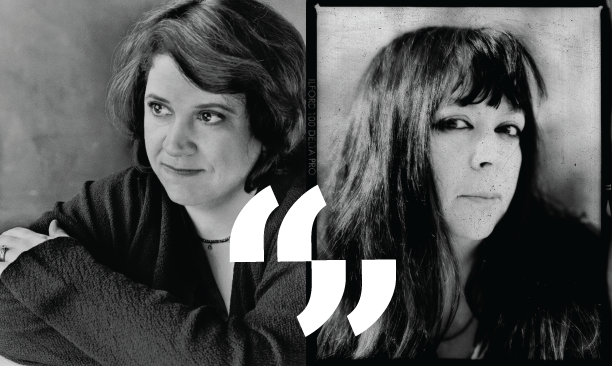 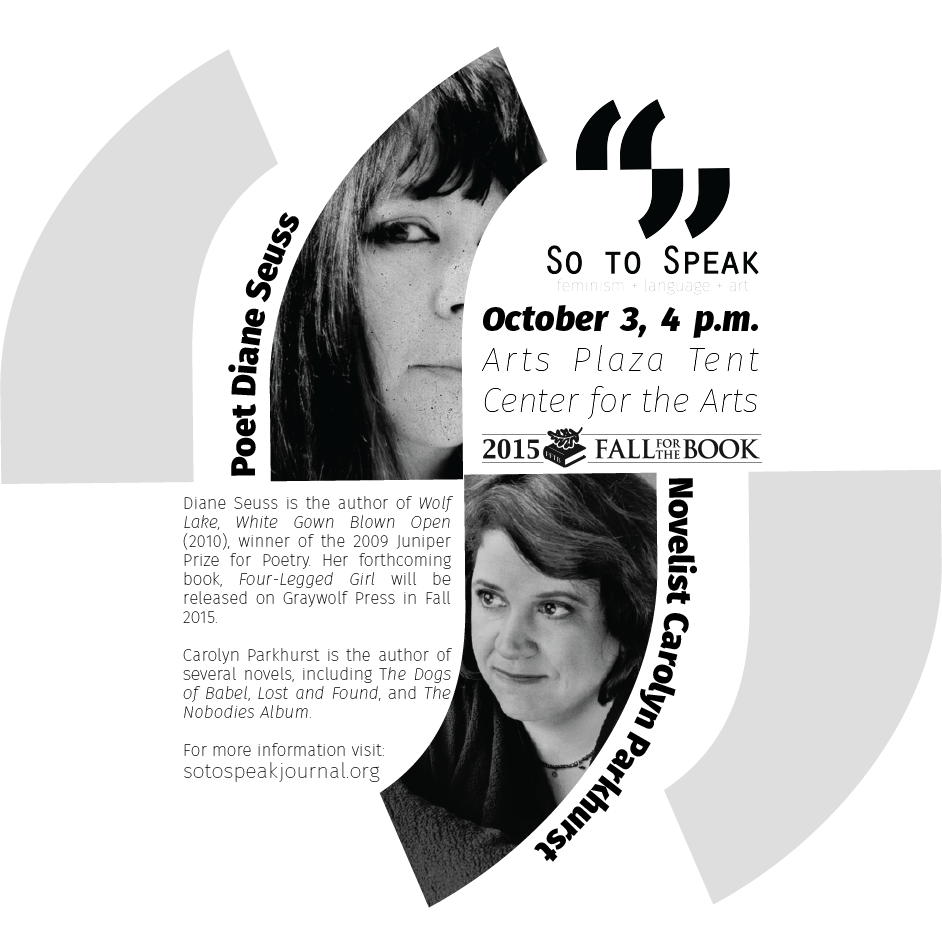 So to Speak is proud to announce, in conjunction with Fall for the Book, Northern Virginia’s premier book festival, we are holding a reading featuring two fantastic readers working in both prose and poetry. We’d like to take a minute to give you some information about not only the event, but each of the readers as well.

Diane Seuss is the author of Wolf Lake, White Gown Blown Open (2010), winner of the 2009 Juniper Prize for Poetry. Her forthcoming book, Four-Legged Girl will be released on Graywolf Press in Fall 2015.

Poetry Editor Dani Badra said this of Seuss’ work in selecting her as a reader for this year’s event: “[her] poetry is like ‘a coffin or a door.’ And that or is important. She blurs the lines between the living and the dead, opening a door between this life and the afterlife. The door works both ways, to open and to close, an entrance and an exit. She lets the reader in then keeps them there and locks the door behind her.”

Carolyn Parkhurst is the author of several novels, including The Dogs of Babel, Lost and Found, and The Nobodies Album, a book that the Washington Post called “brisk and engaging,” and about which the New York Times said “with a light but sure hand, Carolyn Parkhurst joins together four disparate literary forms: the family drama, the short story, the philosophical essay on language and, yes, the whodunit. Her weave is smooth, a vigorous hybrid of the old-fashioned, the modern and the postmodern.”