Review and Interview: Alison Evans on Science Fiction and Gender Identity in “Ida” 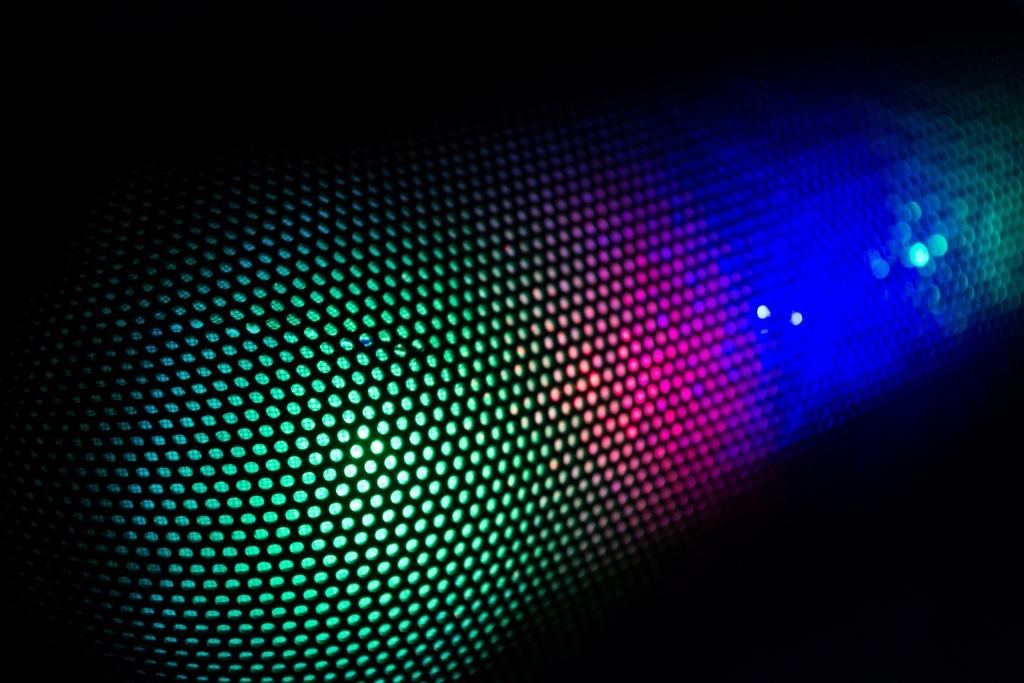 Alison Evans’s novel Ida has been shortlisted for the 2018 Victorian Premier’s Literary Award for best young adult novel, and by all considerations it deserves to win. Ida is a taught thriller, a coming of age tale and, at times, a romance and a horror story. But what sets Ida apart is the way the story is grounded in the authentic experiences of queer and transgender Australians. On the phone from their hometown of Melbourne, I ask Evans, who identifies as genderqueer, if they had to defend having a majority non-cisgendered cast.

“I had one review that was very resentful of what they called my ‘gender agenda’,” they laugh, adding, “People who don’t think they know any trans people have been like ‘Oh my god there are so many’, but it reflects my real life.”

Evans’s critics tend to accuse their work of pushing ‘political correctness’, not realizing that they are in a shrinking minority. A 2017 study by GLAAD found that twenty percent of Americans between the ages of 18 and 25 identified with a sexual orientation other than heterosexual and a gender identity other than cisgender.

“One-fifth of millennials identify as LGBTQ in some way and I love it,” Evans says. “Everybody is trans, so everybody’s going to be trans in the book!”

Ida follows the eponymous Ida Wagner, a young woman living in the Dandenongs region of Victoria. At the beginning of the novel, Ida can travel in time by slight increments, allowing her to rescind any decision she makes. However, she soon begins traveling to parallel dimensions – some of which are hauntingly bleak – and finds herself hounded by mysterious doppelgangers with malign intentions. Yet, despite this, Evans does not consider Ida science fiction.

“Scifi is about highlighting human nature by taking a human out of their natural life and putting them some place alien,” they say. “And I love science fiction, but for me, Ida is contemporary fiction in the way that it’s rooted in everyday life.”

This distinction is an important one. Treatments of gender in science fiction are rare, and many of those already seem outdated. Ursula K LeGuin’s The Left Hand of Darkness, for example, while nonetheless on the cutting edge in its time, presents a non-binary conception of gender as something wholly alien. Evans, in contrast, roots their spectrum of queer and transgender characters firmly, not just in the “real world experiences”, but in the distinct and lovingly rendered landscape of suburban South-East Australia. The tree-ferns, drizzling rain, and smattering of Australian slang constantly reminds readers that they are not on another planet or in an alternate dimension.

“Is there a right way, then, to handle representation in fiction?” I ask Evans.

“It’s very dangerous to think there is a right way,” they reply. “Especially for gender stuff, because our understanding of gender is evolving rather rapidly at the moment. You read a book from even five years ago, and it feels really outdated.”

“So how do you approach representation in your work?”

“The way I do it is I can only speak for myself,” Evans says. “That’s also why I had so many trans characters in the book, to show that there are many ways to be trans.”

As Evans and I talk, we reminisce about the young adult books that shaped our tastes and, quickly, it becomes clear that while there is no right way to approach representation, there is certainly a wrong way.

“How did you feel,” I ask, “when JK Rowling revealed that Dumbledore was supposed to be a gay character from the beginning?”

“When it first happened, I was pretty happy then, because I was just realizing that I was queer too,” they say. “But now, I find it really lazy and a bit shit, honestly.”

“Queerness should be evident in the story,” they add. “Otherwise it’s just cheating. People use the ‘scraps’ metaphor. Cis-het people get a meal and queer people get tiny little scraps and crumbs they are told to be grateful for. I think Dumbledore is definitely a crumb.”

“How do you make that evident in your stories?” I ask.

“A lot of my issue with queer characters, especially bi characters, in a lot of things they never use the word,” Evans says. “In every single piece of media where a character could be bi, nobody uses the word, which is why I used it in Ida. It would be cool to reach a point where you don’t have to use the words at all, but I don’t think we’re there.”

What ultimately makes Ida so compelling is the way it is fundamentally about the process of creating identity. To do so, Ida struggles against her ghostly doppelgangers, but for Ida’s genderqueer partner Daisy and her transmasculine cousin Frank, the struggle is against a world that is at times painfully homophobic and transphobic. Over the course of the novel, all the characters claim agency over external pressures and create their own unique gender identities through lived experience. Evans expresses this conviction in an article they wrote for The Guardian, saying, “We can make a new way of talking about ourselves, one that includes and expresses our gender the way we want to. We are writing ourselves into existence with our words, lives and stories.”1

Such is the power of Ida and novels like it. We need more stories that reflect our rapidly evolving understanding of gender and, more importantly, guide us in constructing and accepting our own gender identities. There is no doubt that Alison Evans will continue to provide some of the best work of this type on into the future.

1 Alison Evans, “My gender didn’t exist in fiction when I was growing up – so I wrote myself into existence,” The Guardian, 28 February 2017, https://www.theguardian.com/books/2017/feb/28/my-gender-didnt-exist-in-fiction-when-i-was-growing-up-so-i-wrote-myself-into-existence 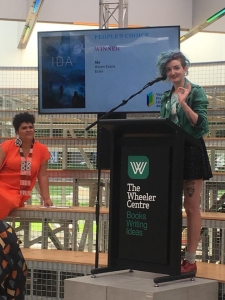 Alison Evans is an up and coming writer in the Australian literary scene, whose work combines science fiction themes with issues of gender identity. With their work becoming known outside of Australia, they agreed to an interview to discuss their most recent novel, Ida. 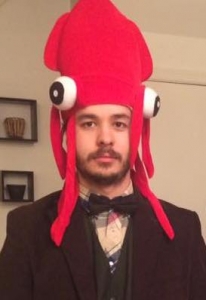 Vernon Meidlinger-Chin is a science educator, writer, and illustrator from southern Missouri. He is the creator of the insect-based rock ‘n roll webcomic Arthropunk (found at arthropunk.com/) and the Chinese poetry translation project “Ghosts Of The Masters” (instagram.com/ghosts.of.the.masters/). He currently lives in New York City.