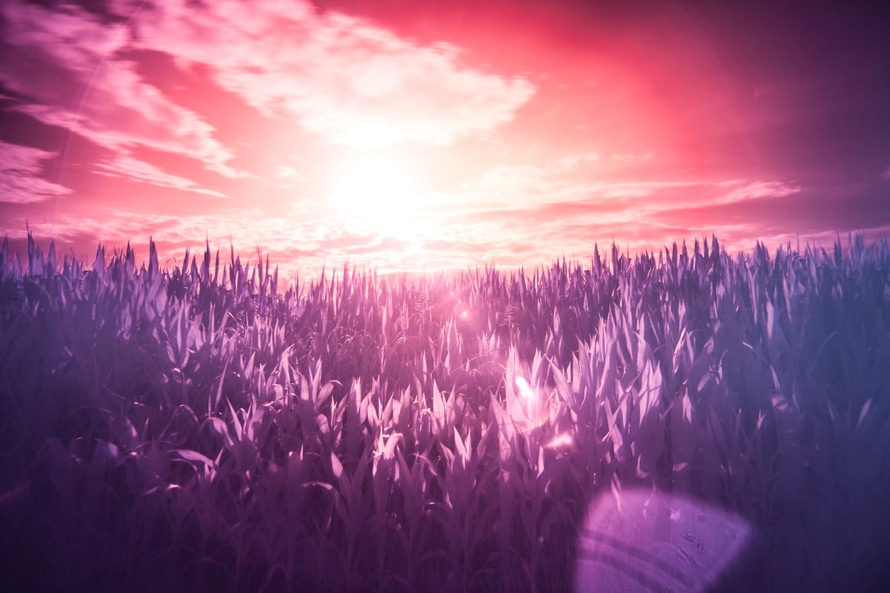 “Nothing in nature can be campy…” —Susan Sontag

And then she came to the mountain, beheld the russet fuzz of sugar
trees, the maple light deleting

other maple light. There was nothing to touch but a granular crushing
out, the same old stunning, profitless

umber funk. There was nothing to touch but the same old holding,
that elaborated star. It used to be

her mother standing in the narrow bathroom air, at the sink and caught
in the hung haze of Opium

perfume, in prickled red, the dinky bloom, the goldish mist (which either
came in a red bottle or smelled red),

and the ridge line made the sound of a sequin pierced by a needle and slipped
along a thread. The mountain slipping

a bead of maple light, sandstone, the line unstopping stopped, affected,
just to undulate, to pose and

glow….There was nothing to touch, she thought, but style, tricky dip, a mind
insoluble—which if it isn’t

my theory of my mother’s swagger? That everything—the amber bracelets,
the low-heeled shoes, the shopping cart,

the silk, the cats, the hanging baskets, the plastic lizards on the dashboard—
means fuck you); the ridge line soft as

paper licked and torn, bourn up by sheaves of Ordovician stone, an ease
held up by iron at the bone,

a swoon unbolting gun locks as it goes….Dear Frivolity, what no-
body knows is that we need you.

What nobody knows is that the line is a gaze—OK, a female gaze,
which means that nobody gets hurt,

which means you have to get used to feeling alone and alive. At the sink
in a room the shape of a train car,

somebody said, this is our language, the costume is the knowledge. Again:
the line was unplanned and strangely

precise. The mountain held it up. What was supposed to happen next? A warm-

blooded knife silking
white, sunk halfway
in gleam, dropped
slantwise to the creek—
kestrel, woman turning
from the mirror—
hit the surface and
reversed. Wet ribbons
pouring back, wet
clutch of velvet lifted
beat by beat. It’s just
what the ridge line
could teach you:
how to stare back
with illegible brilliance,
to hold out your soaked
evening purse tied shut,
for anyone to see. 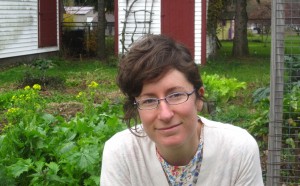 Abby Minor lives and works in Pennsylvania’s ridge and valley region, where she directs Being Heard, a creative writing program that honors the voices and imaginations of her county’s elders. Her poems have appeared or are forthcoming in Weave Magazine, CALYX, and The Fourth River; her first chapbook is forthcoming from Dancing Girl Press.