Former StS Blog Editor Sheila McMullin on VIDA and Why We Should Number Up, Part I

Did you know that in 2013, 39 men and 33 women were published in Fence Magazine? Or that, in the same year, Conjunctions published 50 women and 51 men? How about that 55 women and 49 men appeared in New American Writing? And that Callaloo published 78 women and 65 men? Or that 2013 also saw the Paris Review publish 48 women and 47 men?

But why, you ask, are these numbers important?

Because literary publications that achieve near contributor gender parity are in a strict minority. Furthermore, the publications noted above who have actually featured more women than men in their pages are even more of a minority. It is not typical that a literary journal or magazine believed to be a “thought leader” within the arts community will publish or review an equal number of men- and women-identified writers. What is quite typical, though, is that a publication’s table of contents will skew heavily toward male writers. But see the numbers for yourself. Check out the pie charts graphing this male/female dichotomy of writers published and reviewed in our country’s leading creative journals and magazines.

Some of these numbers are probably worse than what you expected, right? I felt the greatest devastation when seeing McSweeney’s publishing of 13 women compared to 43 men. We know sexism is not dead, but we always hope for the best in people, right? And when it comes to the artifacts we create, we want to believe it’s the art that speaks for itself, not the gender of the artist. But this isn’t the reality. Women’s voices have been and are consistently hidden, and because of this it is “easy” for a general public to believe/assume that the inequality doesn’t exist.

In Sarah Vap’s newest, The End of the Sentimental Journey, a vivisection of language, gender, and poetics, she writes at one point about the severing of a dog’s vocal cords during scientific experiments to prevent the dog from barking. In the silence, those conducting experiments were able to avoid hearing the dog express pain and fear and begin pretending it did not feel at all. She compares this to human to human interaction and to the way minority communities are forcibly silenced to offer the privileged majority a reprieve.

Silencing of a community on mass scales, in turn, encourages complacency and a denigration of our human rights. Bringing those voices back into the conversation is the work of VIDA: Women in Literary Arts and it is the tireless volunteer work of VIDAs who have brought you these statistics. For more in-depth reflection on The VIDA Count 2013 numbers read Amy King’s “Lie by Omission: The Rallying Few, The Rallying Masses.”

VIDA is changing the tide.

For four years now VIDA has tallied and published the results we’ve always suspected but did not yet have the hard data to back us up. (It is part of the reason why so many women have chosen to write under masculine pen names.)  In the words of Count Director Jen Fitzgerald, “Each year women from across the country dedicate thousands of combined hours to perform an arduous task: we manually, painstakingly tally the gender disparity in major literary publications and book reviews.  We do this to offer up concrete data and assure women authors (and wayward editors) that the sloped playing field is not going unnoticed.  We do this to ignite and fan the flames of necessary discourse.  We do this each year because our literary community can only benefit from a range of voices.” If you are curious as to how VIDA counts, you are welcome to review the methodologies.

The New Republic publisher and editor, Chris Hughes, responded to the latest VIDA Count saying, “VIDA [has] released a breakdown of the genders of contributors to the major literary magazines in the country, including The New Republic. Unfortunately, we were near the bottom of that list. Our print contributor breakdown looks more like what you would expect from 1964 than 2014, and it must change. We will hold ourselves to a much higher standard in 2014.”

This is tremendous news, and the actual goal of VIDA: to encourage all of us to hold ourselves to a higher standard.

Check back next week for Part II of VIDA: How We Can Number Up. 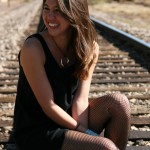 Sheila McMullin runs the feminist and artist resource website, MoonSpit Poetry, where a list of her publications can also be found. She is the Website Assistant for VIDA: Women in Literary Arts and Contributing Editor of poetry and the blog for ROAR Magazine. Her chapbook, Like Water, was a finalist for the Ahsahta Press and New Delta Review chapbook competitions, as well as a semifinalist in the Black Lawrence Press chapbook competition. She works as an after-school creative writing and college prep instructor, and volunteers at her local animal rescue. She holds her M.F.A. from George Mason University. Follow her @smcmulli.