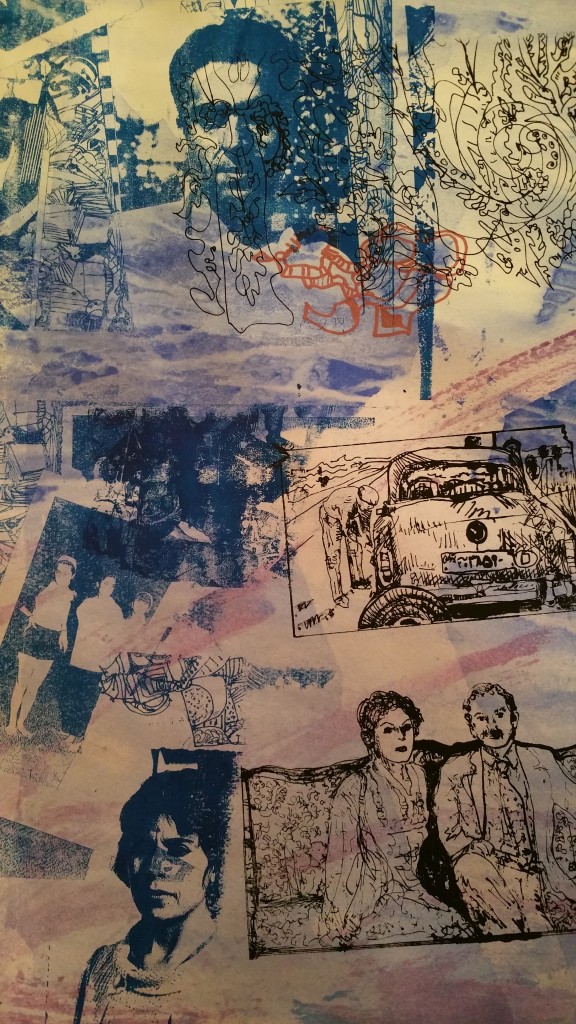 We had the opportunity to speak with Sarah Browning (Co-Founder and Executive Director of Split This Rock)  about  Al-Mutanabbi Street Starts Here, a book, arts, and cultural festival currently running through March in the greater DC area.

What is Al-Mutanabbi Street Starts Here– In terms of the festival and the festival’s origins?

Sarah Browning: Al-Mutanabbi Street is Baghdad’s bookselling street, a place where, for hundreds of years, people could gather to read, find books in translation, swap subversive ideas, argue unpopular positions. In 2007, the street was destroyed in a car bomb; though no one took responsibility, it felt like a direct attack upon this freedom of thought, this essential humanism.

In response, San Francisco bookseller and poet Beau Beausoleil launched Al-Mutanabbi Street Starts Here, a project that stands in solidarity with the people of Iraq, keeps their suffering firmly in the minds of Americans, and speaks for freedom of expression.

The project now includes an anthology, Al-Mutanabbi Street Starts Here, and visual art – over 500 broadsides, artists books, and prints, most of which are now on exhibit at 11 venues throughout the greater DC area.

Split This Rock is presenting poets and translators from Arab America and the Muslim and Arab worlds in tandem with the exhibitions, celebrating the rich diversity of this community and bringing these voices to American readers and audiences who know too little about the cultures of Iraq and the Arab and Muslim worlds.

Why is it important? Why should people attend and participate?

Browning: January marked the 25th anniversary of the first US invasion of Iraq. Imagine! We’ve been at war with the people of Iraq for 25 years in one way or another. We’ve destroyed the country’s infrastructure, killed thousands, and made millions homeless, and still we know almost nothing about Iraq, its people, its rich and varied cultures, its history.

Split This Rock’s programming during the festival will bring you contemporary Iraqi poets Dunya Mikhail and Amal Al-Jubouri, along with poets from Syria, Iran, Sudan, Lebanon, Egypt, and Palestine, showcasing just some of the vibrant contemporary poetry from the region. We hope the festival will inspire all of us to continue and to deepen our engagement with these people and their cultures long after it’s over.

Especially in the current climate in the US, in which Islamophobia has become a daily part of the public discourse, it’s critical that Americans of conscience counteract the hatefulness with the bridge-building power of culture and the arts.

What is your role with the festival?

Browning: I’ve been fortunate to be part of the project from the beginning, with a poem published in the anthology. When Helen Frederick, the human dynamo behind bringing the artwork to DC, approached Split This Rock about cosponsoring this DC incarnation of the project, I was thrilled and signed on right away. I’ve been part of the steering committee, working closely with a fabulous group of partners to plan the festival. Split This Rock also applied for and received a major grant from the Doris Duke Foundation for Islamic Culture to support the literary programs during the festival. We’re grateful!

Any exciting news or updates for this year’s festival?

Browning: Iraqi poet Amal Al-Jubouri will be joining us from Baghdad, where she lives half time. She’ll be able to give us – in two planned public talks – a view of life in the Iraqi capital city today and how artists and writers are navigating this difficult time, rebuilding while always under constant threat. With so many writers and intellectuals (along with millions of others) driven into exile, we’re privileged to hear from such a powerful poet-activist coming straight to us from Baghdad.

Are there any options for people to get involved and/or volunteer?

Browning: First, of course, we hope that readers will attend as many events as possible. The cornerstone event is a reading at the Smithsonian American Art Museum/National Portrait Gallery on the anniversary of the bombing, March 5, 6-8 pm. Iraqi poets Dunya Mikhail and Amal Al-Jubouri will read, and there will be comments by project founder Beau Beausoleil. It’s free and open to the public.

Those interested in immersing themselves further in the poetry of the region are invited to sign up for two remaining translation workshops, March 5 and March 20. No experience or knowledge of the original languages is required. There’s a modest registration fee for the workshops. Details of all the events are on the website at www.amsshdc2016.org

We can absolutely use some volunteer help! Getting the word out and helping out at events are most needed. Please contact my colleague Shatha Almutawa to get involved! shatha@splitthisrock.org. Thanks! 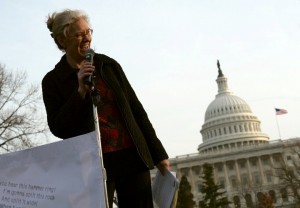 Sarah Browning is co-founder and Executive Director of Split This Rock: Poetry of Provocation & Witness and an Associate Fellow of the Institute for Policy Studies. Author of Whiskey in the Garden of Eden and co-editor of D.C. Poets Against the War: An Anthology, she is the recipient of artist fellowships from the DC Commission on the Arts & Humanities, a Creative Communities Initiative grant, and the People Before Profits Poetry Prize. She has been guest editor or co-edited special issues of Beltway Poetry Quarterly, The Delaware Poetry Review, and POETRY magazine.